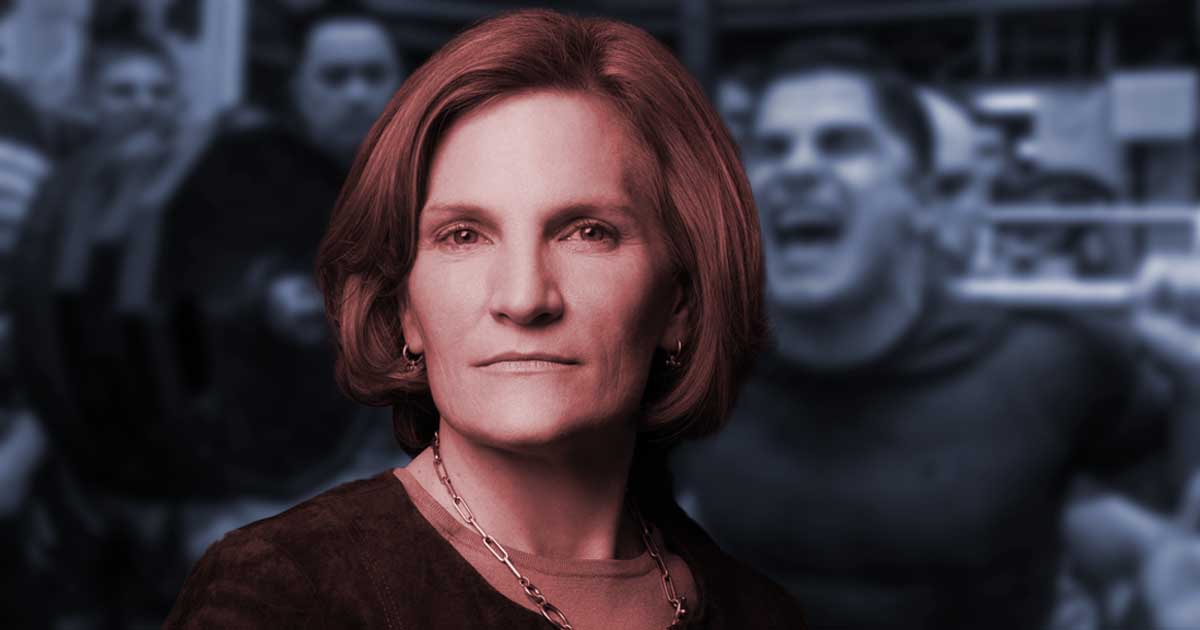 According to liberal professor Cynthia Miller-Idriss in an opinion piece published by MSNBC, the idea of physical fitness is associated with beliefs shared by “the far right” and “white supremacists.”

Miller-Idriss is a professor in the School of Public Affairs and the School of Education at American University, who directs the “Polarization and Extremism Research and Innovation Lab.”

She is the author of “Hate in the Homeland: The New Global Far Right,” a book that MSNBC reports “shows how tomorrow’s far-right nationalists are being recruited” in places ranging from college campuses to video game lobbies to “mixed martial arts gyms”.

Miller-Idriss went so far as to claim that being in good physical health “has always been central to the far right,” citing genocidal Nazi dictator Adolf Hitler’s ramblings in his manifesto “Mein Kampf” as evidence.

“Hitler fixated on boxing and jujitsu, believing they could help him create an army of millions whose aggressive spirit and impeccably trained bodies, combined with ‘fanatical love of the fatherland,’ would do more for the German nation than any ‘mediocre’ tactical weapons training,” wrote Miller-Idriss.

The far right’s obsession with fitness is going digital https://t.co/FAhj5nPMcY

According to Professor Miller-Idriss, the ideas of male physical fitness, masculinity, and strength attract “the far right for many reasons.”

“The intersection of extremism and fitness leans into a shared obsession with the male body, training, masculinity, testosterone, strength and competition,” she wrote, adding that “fighters are trained to accept significant physical pain, to be ‘warriors,’ and to embrace messaging around solidarity, heroism, and brotherhood.”

“It’s championed as a tool to help fight the ‘coming race war’ and the street battles that will precede it,” wrote the educator. “Recruits are encouraged to link individual moral virtues such as willpower, decisiveness and courage, with desired collective traits such as virility and manliness.”

Apparently, these “white supremacists” had conducted their “recruitment” in gyms before the COVID-19 pandemic, but have since moved to online platforms.

These include livestreams of MMA fights and video games.

While the professor added that while physical fitness can be healthy, she warns that the combination of healthy living and “hateful and dehumanizing ideas” could turn someone into a right wing extremist.

“Intertwining those feelings with hateful and dehumanizing ideas, while promoting the concept that physical warriors are needed to create the strength and dominance to defend one’s people from a perceived enemy,” the professor concluded, “makes for a dangerous and powerful cocktail of radicalization.”