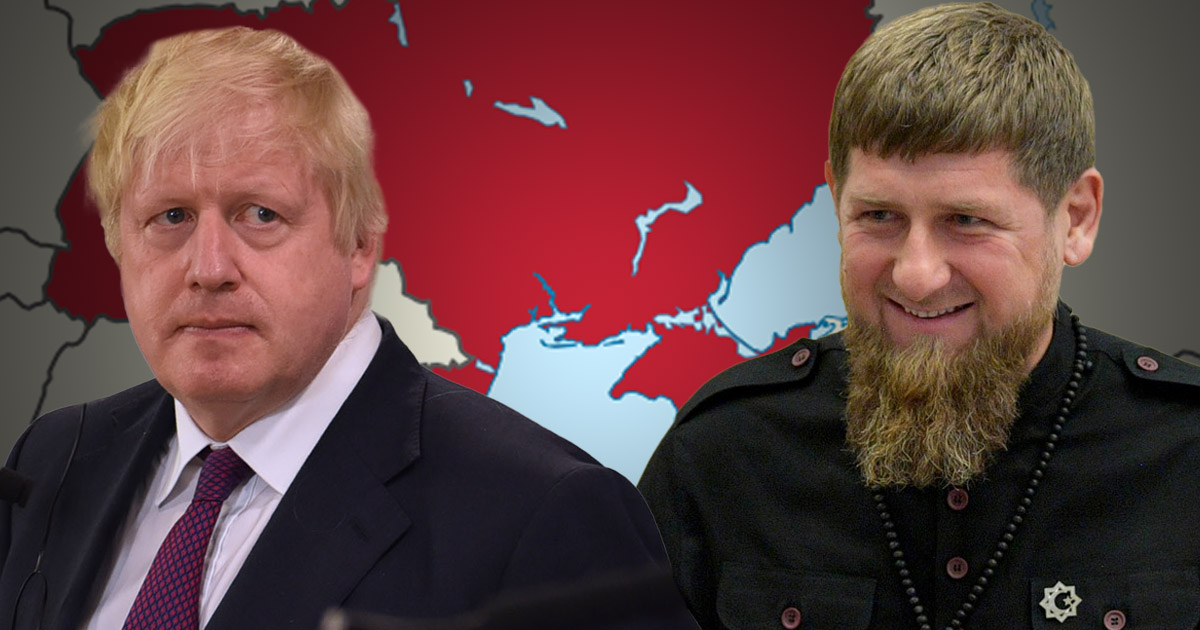 Ramzan Kadyrov, the Russian head of state for the Chechen Republic who is infamous for accusations of human rights abuses, has issued a mocking list of demands to the United Kingdom in reprisal for that country’s sanctions against Russia.

The list of demands, published on Kadyrov’s official Telegram channel, includes an admission that “there is no such thing as English tea!”

Kadyrov began by characterizing the United Kingdom’s sanctions as “absurd” and worthy of laughter. Accordingly, wrote Kadyrov, “it is time to retaliate harshly, and the measures should be mirrored.”

– Close the Chechen skies to flights of their jets;
– Freeze all of Johnson’s ruble assets in Chechen banks;
– Impose an embargo on all the assets of the British oligarchs in Achkhoi-Martan, and in case things get worse, in Samashki as well;
– To recognize the left-hand traffic as a vile relic of the Middle Ages;
– And to admit, finally, that there is no such thing as English tea!

The deadline Kadyrov gave the British and European representatives is February 31, a date that does not exist.

On February 24, Russian President Vladimir Putin launched an invasion of Ukraine – originally called a “special military operation” by the Kremlin – which borders his country to the southwest.

Putin has long claimed that Ukrainian President Volodymyr Zelenskyy’s plan for Ukraine to join NATO and the European Union represented direct threats to Russia’s interests, and has built up military forces in the region for months.

Ultimately, Putin recognized the sovereignty of two breakaway republics – the Republics of Donetsk and Luhansk – formed in eastern Ukraine, along its border with Russia, following the bloody coup and civil war known as the Euromaidan that resulted in the country’s Democratically elected pro-Russia political structure being replaced with a Western-aligned political structure.

The Russian leader claimed the subsequent invasion was meant to demilitarize and promote “denazification” of the country. Ukraine has been repeatedly accused of paying neo-Nazi militias to fight pro-Russian forces in the breakaway republics, which its state media refers to as the Donbass republics.