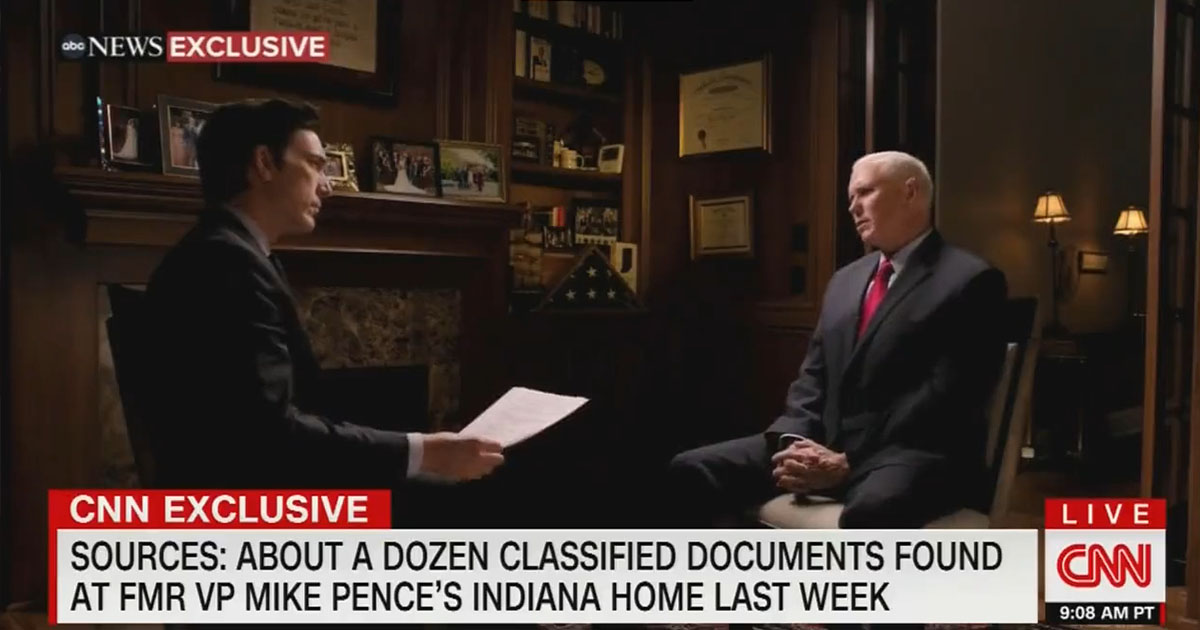 Following the news that former Vice President Mike Pence was found to have improperly stored classified documents at his house on Tuesday, video footage resurfaced of an interview from last year where Pence denied taking classified materials to his home and claimed “there’d be no reason” to have them.

In November 2022, Pence sat down for an interview with ABC’s David Muir.

The former Vice President took the opportunity to criticize former President Donald Trump for having classified documents stored at his home in Mar-a-Lago.

“Did you take any classified documents with you from the White House?” Muir asked.

Muir then directly posed the question to Pence, “Do you see any reason for anyone to take classified docs from the White House?”

“Well, there’d be no reason to have classified documents, particularly if they were in an unprotected area,” Pence said.

Muir: "Did you take any classified documents with you from the white house?"

Muir: "Do you see any reason for anyone to take classified docs from the White House."

Pence: "There would be no reason." pic.twitter.com/VsUUntiwU1

However, as Valiant News previously reported, Pence’s Indiana home was found to contain about a dozen classified documents following a search by the former Vice President’s lawyer this week.

According to a source close to Pence who spoke with CNN, Pence asked his lawyer to conduct a search of his house out of an “abundance of caution” due to the recent discovery of classified documents in Biden’s Delaware home, where Hunter Biden had access.

On Monday, Pence’s legal team apparently drove the boxes back to Washington, D.C. from Indiana and handed them over to NARA for review in compliance with the Presidential Records Act which requires all documents exchanged by a current or former president be preserved for posterity.