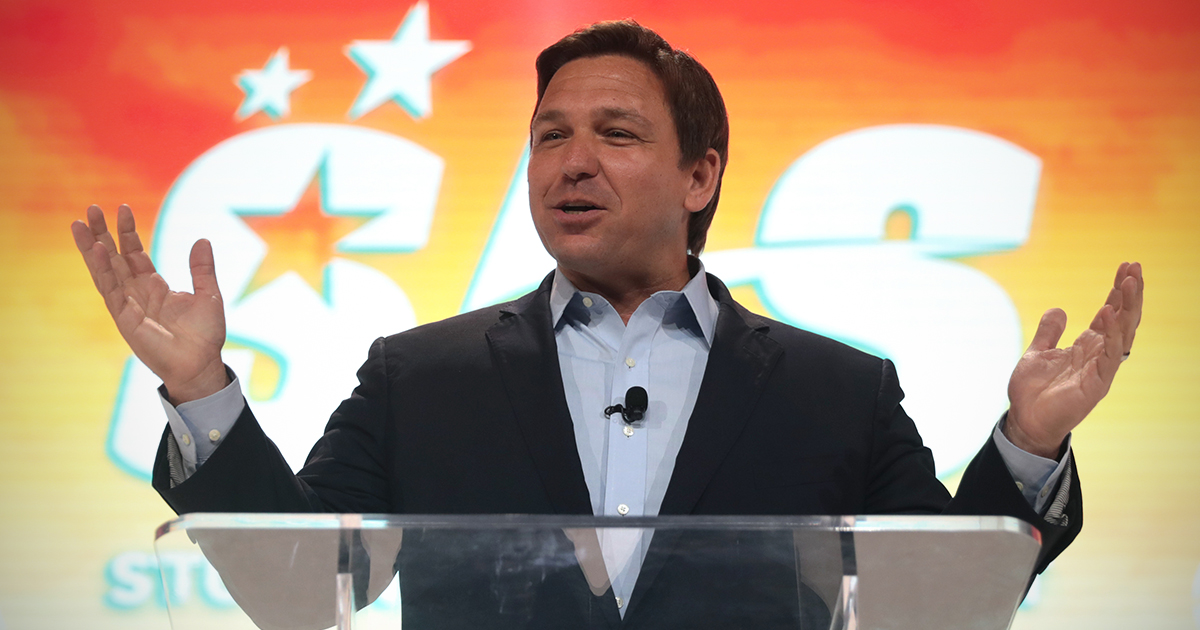 This week Florida Gov. Ron DeSantis poured cold water on the rumored feud brewing between him and 45th President Donald Trump, telling reporters to “chill out” and encouraging Republicans to focus on the upcoming runoff election in Georgia.

“We just finished this election. Okay?” DeSantis continued, “People just need to chill out a little bit on some of this stuff, I mean seriously.”

“We just ran an election. We have this Georgia runoff coming, which is very important for Republicans to win.” DeSantis then noted that the election in Georgia is particularly important because of the Republican Party’s mediocre performance in the midterm elections.

"We just finished this election, ok? People just need to chill out a little bit on some of this stuff, I mean seriously. We have this Georgia runoff coming, which is very important for Republicans to win."

“I know around that country, Florida was the biggest bright spot,” said the Florida governor, before adding that “it was not so bright in many other parts of the country.  It was a substandard performance given the dynamics that are at play,” he noted, “so hopefully we’ll be able” win in Georgia.

Democratic Sen. Raphael Warnock, a preacher who some Republicans say once made anti-white remarks, faces a December 6 runoff against former athlete and Republican Herschel Walker after neither candidate failed to secure 50% in the November election. Warnock narrowly received more votes than Walker.

“The reason why we won a historic victory, is at the end of the day we led, we delivered, and we had your back when you needed us,” DeSantis concluded.

Trump and DeSantis appeared to be beginning a feud over the last few weeks, as rumors that DeSantis planned to align himself with establishment members of the Republican Party to run against Trump in the 2024 elections surfaced. 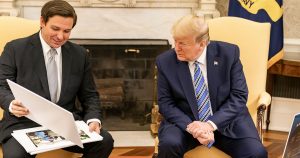 The former president ultimately coined a nickname for DeSantis – “Ron DeSanctimonious” – and the Florida Governor hinted that Trump may share some blame for this month’s paltry midterm results prior to this apparent ceasefire.

In a poll conducted during the one-week period between the midterm elections and Trump’s November 15 announcement that he is running for president, DeSantis surged ahead of Trump for the first time.

Since Trump’s announcement, however, public opinion within the Republican Party may have shifted back to the 45th President, especially after his announcement speech was roundly praised by prominent Republicans.