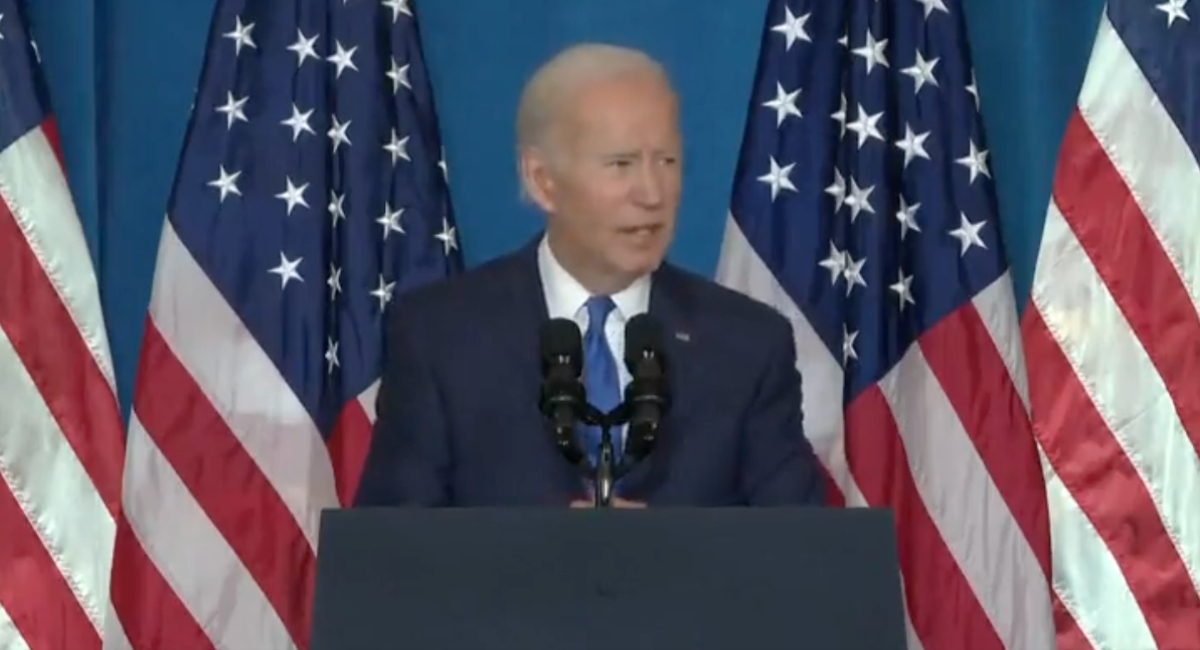 Joe Biden took to the stage on Wednesday to inform the American people that the results of the November 2022 midterm elections will be unknown for several days after voting takes place and stated his belief that this is how it’s “supposed to work.”

The president pointed to the allegedly increased use of mail-in ballots as the reason for the extended election results, which came to the forefront of the election integrity debate following his own controversial rise to power in 2020.

“We know that more and more ballots are cast by early voting or by mail in America… That means in some cases we won’t know the winner of the election for a few days… That’s how this is supposed to work,” Biden claimed without evidence.

Biden: "We know that more and more ballots are cast by early voting or by mail in America… That means in some cases we won't know the winner of the election for a few days… That's how this is supposed to work." pic.twitter.com/pjtLjBqnMQ

Despite Biden’s attempt at normalizing this new election phenomenon, many Americans and election experts believe that the increased prevalence of mail-in voting and extended vote counts could potentially lead to fraudulent or otherwise inaccurate election results.

During the speech, Biden insisted that his own election in 2020 was perfectly legitimate, and baselessly claimed that “there’s no election in our history that we can be more certain of its results.”

Speaking on Americans who have concerns about election integrity, Biden accused them of attempting to subvert democracy and “the electoral system itself,” without acknowledging that many Americans just want to ensure that only valid and legitimate votes are cast.

Biden: "Extreme MAGA Republicans" want to "suppress the right of voters and subvert the electoral system itself. That means denying your right to vote and deciding whether your vote even counts." pic.twitter.com/PAywblBrad

After his speech, Biden’s Chief of Staff Ronald Klain  told MSNBC that Americans got “one final warning” from the president to stop questioning the nation’s election system.

Klain accused Americans of spreading “the Big Lie,” alluding to the widespread belief that Biden is an illegitimate president who achieved victory during the 2020 election through massive levels voter fraud and other corrupt irregularities.

Here’s a tip, Fluffer. Don’t threaten the citizens of America with “one final warning.” Tyrants through the ages have learned hard lessons doing that. pic.twitter.com/fJ5SyZbiEB

“The President decided a few days ago that it was important to, uh, issue one final warning on this issue, to make very clear, to leave no doubt, that we have people out there still peddling the Big Lie, people now raising the issue of election denial in this election,” Klain said.