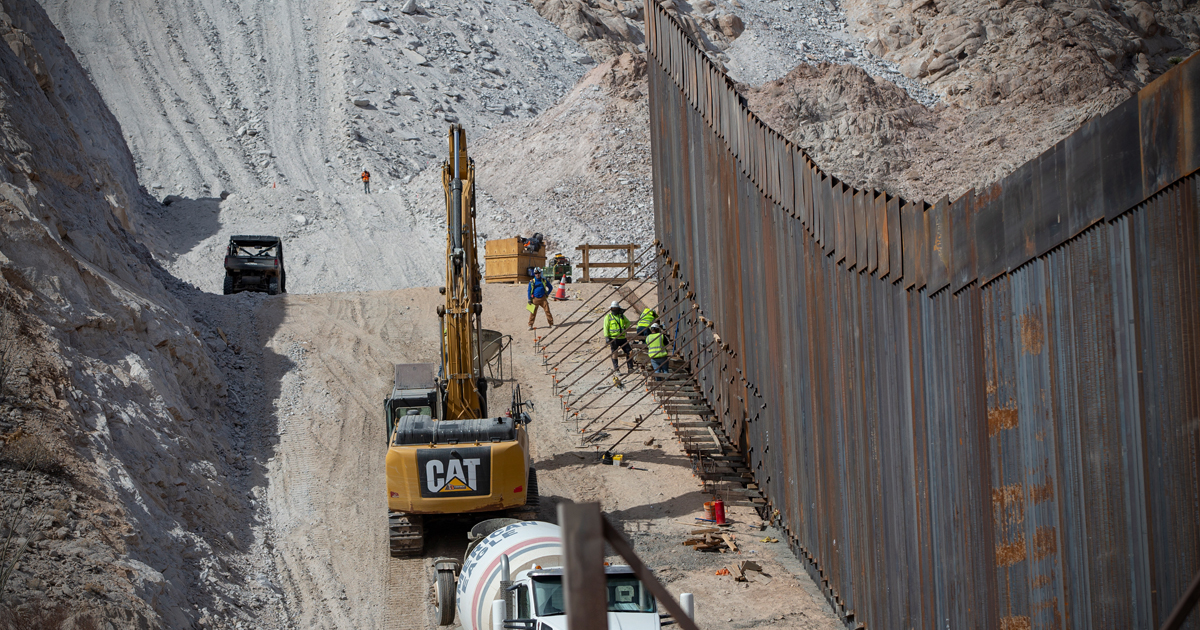 Construction at the U.S.-Mexico border wall in October of 2020

A new poll from Gallup has shown that more Americans want levels of immigration, both legal and illegal, to be reduced, with 38% thinking as such.

“In your view, should immigration be kept at its present level, increased or decreased?” Gallup asked, with 38% of all respondents saying they wanted the levels to be lowered. As noted in their analysis, Gallup specifically did not qualify whether the immigration levels were comprised of legal or illegal migrants, leaving the question open to interpretation.

On the other side of the aisle, only 27% of Americans think that immigration should be increased, with 31% satisifed with the current levels of migration into the country.

GALLUP POLL: For the first time since 2014, more Americans want less immigration in the US

27% of Americans saying immigration should be increased, 31% preferring that it be kept at the current level and 38% wanting it decreased.https://t.co/MO6Vvjm4Ns pic.twitter.com/G2wwiK9akk

The polling company noted that it has been the “norm” throughout their polling history for most Americans to be against immigration, with a peak of 65% of Americans believing levels should be reduced between 1993 and 1995.

By contrast, the desire for immigration levels to be increased only hit its heights recently in 2020 and 2021, with 34% and 33% respectively. It has never been the plurality opinion in any of the 65+ years of Gallup polling on the topic.

The increase in wanting immigration reduced has come mostly from Republicans. In 2020, only 48% expressed a desire to lower the numbers, making 2022’s result a 21% increase for GOP supporters.

Democrats and Independents have also become more hawkish on the topic, with 17% and 33% respectively backing reducing the amount of people who come into the country.

A majority of Americans, 70%, still see immigration overall as having a positive impact on the country, however, this sentiment has dropped by 7% points since 2020, hitting its lowest points since 2014.

Only 46% of Republicans think that immigration is a good thing, just 1% in front of the respondents who disagreed. This is opposed to Democrats, who have an immigration acceptance rate of 86%, and Independents, with 75%.

In this article:Featured, gallup, Immigration, Poll