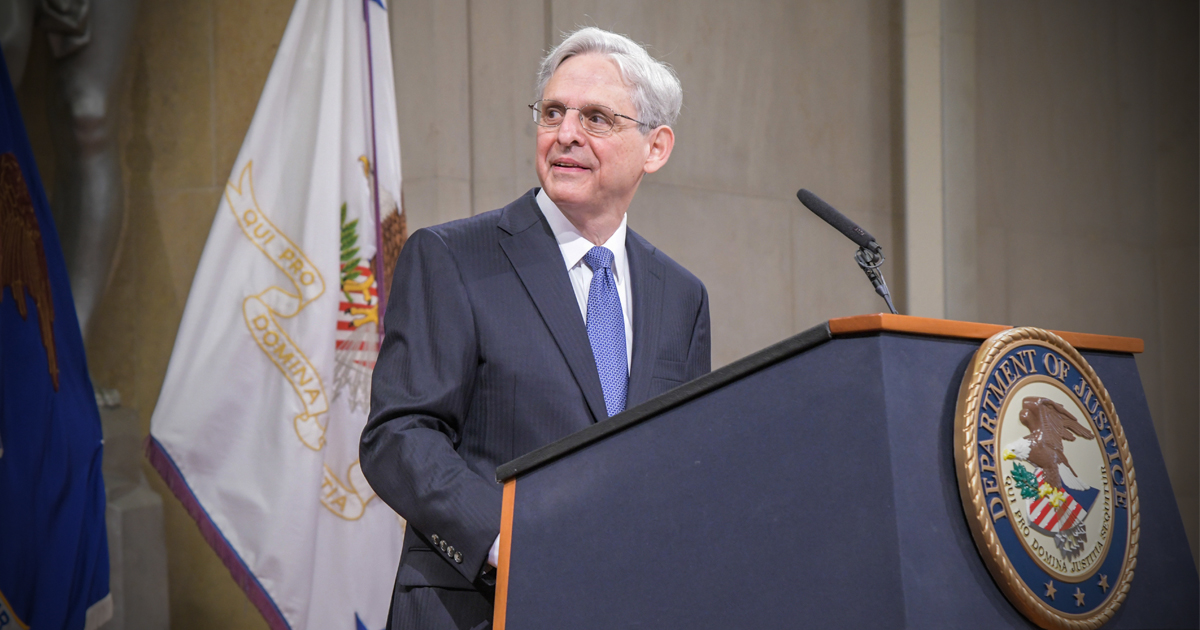 Biden’s Justice Department has sued the state of Idaho over their abortion ban that is set to come into effect later this month.

Speaking to reporters on Tuesday, Attorney General Merrick Garland announced that the Justice Department was suing Idaho, because their abortion ban, which only provides exceptions for rape, incest, and to save the life of the mother, is in direct contradiction of the federal Emergency Medical Treatment and Labor Act, known as EMTALA.

Such cases may include when the woman is undergoing a miscarriage, or preeclampsia, a condition that can result in death.

The Idaho abortion ban, 18-622, creates an “affirmative defense to prosecution” of those who perform abortions in the state, defined as “the use of any means to intentionally terminate the clinically diagnosable pregnancy of a woman with knowledge that the termination by those means will, with reasonable likelihood, cause the death of the unborn child,” in the above exceptions.

As the Justice Department noted, it places “the burden on the doctors to prove they are not criminally liable.” Doctors who do not confirm with the law risk a sentence of two to five years in prison, and a revocation of their medical licence.

Garland also said that there is no “exception for cases in which the abortion is necessary to prevent serious jeopardy to the woman’s health” within the Idaho legislation.

These charges were dismissed by pro-life organizations, including Life News, who claimed that “every single abortion ban nationwide allows treatment for miscarriages, ectopic pregnancies and to protect the mother’s life.” The reading of the definition of abortion will likely be up for debate from both sides of the argument.

The Biden administration is now seeking a declaratory judgement that the legislation violates the Supremacy Clause of the Constitution, an order permanently enjoining the law to the extent it conflicts with EMTALA, and an injunction halting the enforcement of the law against healthcare providers who provide the “emergency treatment.”

At the press conference, Garland confirmed that this was part of an effort from the Justice Department to “protect and advance reproductive freedom”:

“We will use every tool at our disposal to ensure that pregnant women get the emergency medical treatment to which they are entitled under federal law, and we will closely scrutinise state abortion laws to ensure that they comply with federal law.”

Associate Attorney General Vanita Gupta, the head of the Reproductive Rights Task Force confirmed that it was the “first public example of this work in action”:

“We know that these are frightening and uncertain times for pregnant women and their providers, and the Justice Department, through the Task Force’s work, is committed to doing everything we can to ensure continued lawful access to reproductive services.”

Despite these statements, Garland claimed that the action did not “go around” the judgement of the Supreme Court when they overturned Roe v. Wade. “The Supreme Court has said that each state may make its own decisions with respect to abortion, but so too can the federal government,” he argued:

Idaho is already facing a challenge to its abortion ban from a regional Planned Parenthood group. Idaho’s Supreme Court is expected to hear the first arguments in the case on Wednesday.

Related  'I Was Not Demoted,' CNN's Don Lemon Insists After Demotion From Primetime Slot

The Justice Department’s lawsuit comes on the same day as voters in Kansas go to the polls to vote on a proposed pro-life amendment to their state’s consitution, the first vote in the nation on the topic since Roe v. Wade was overturned.