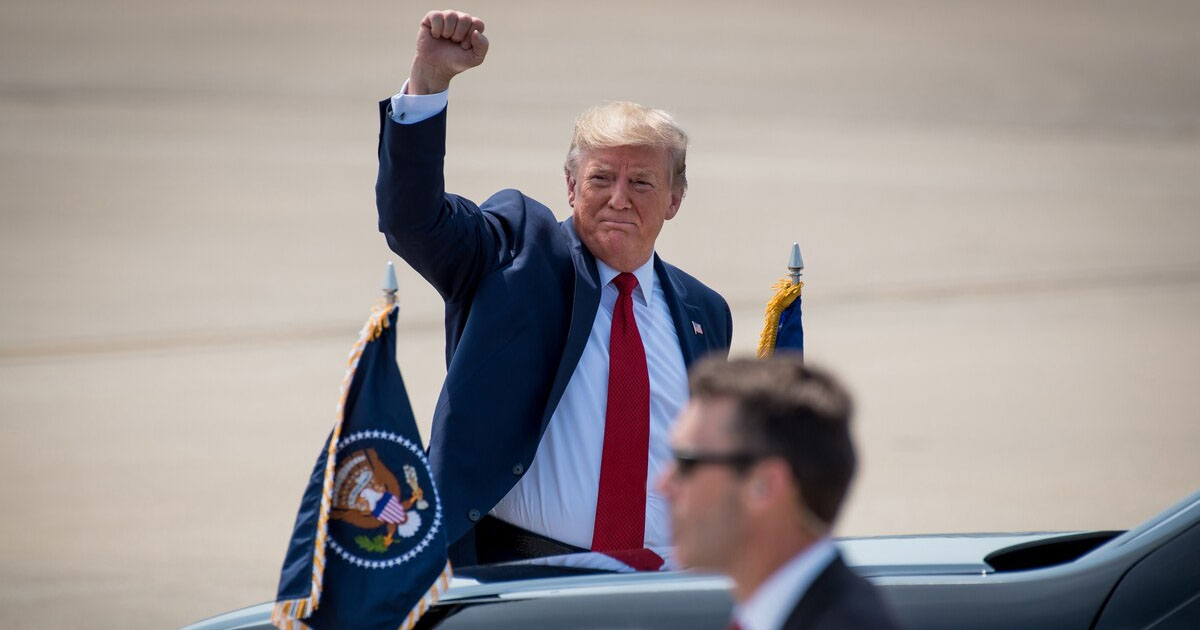 During the poorly-rated January 6 Committee hearings, a former aide to Trump-era chief of staff Mark Meadows claimed the 45th President attempted to wrest away the steering wheel from the Secret Service agent driving the presidential limo while exclaiming “I’m the f**king President.”

The outlandish comments were made by former Meadows aide Cassidy Hutchinson on Tuesday.

“I relayed to [Trump], ‘We’re not [going to the Capitol], we don’t have the assets to do it, it’s not secure, we’re going back to the West Wing,'” Hutchinson claimed. “The President had a very strong, very angry response to that, Tony described him as being irate.”

Hutchinson continued, “The President said something to the effect of ‘I’m the f-ing President, take me up to the Capitol now,’ to which Bobby responded, ‘Sir, we have to go back to the West Wing.’ The president reached up to the front of the vehicle to grab at the steering wheel.”

“Mr. Engel grabbed his arm and said, ‘Sir, you need to take your hand off the steering wheel, we’re going back to the West Wing, we’re not going to the Capitol,'” Hutchinson said.

“Mr. Trump then used his free hand to lunge toward Bobby Engel,” Hutchinson said, claiming Trump attempted to grab the Secret Service agent by the clavicles.

Hutchinson went on to make many more claims about the behavior of President Trump on Jan. 6, none of which appear to be supported by any video evidence at this time.

The President does not sit in the passenger seat of the “Beast” presidential limo, and would be unable to drive the vehicle from his position behind the driver’s compartment, casting doubt on Hutchinson’s claims.

Related  'Your Freedom of Press is Not Freedom To Lie': MTG Rebukes HuffPo's Wild Claims About Hunting Trip

“Mike was afraid of whatever he was afraid of,” Trump said of former Vice President Mike Pence earlier this month. “But as you heard a year and a half ago, Mike Pence had ‘absolutely no choice’ but to be a human conveyor belt.”

“He was a human conveyor belt,” Trump continued. “Even if the votes were fraudulent, they said he had to send the votes, couldn’t do anything. I said, ‘Well, what happens when you had more votes than you had voters.’”