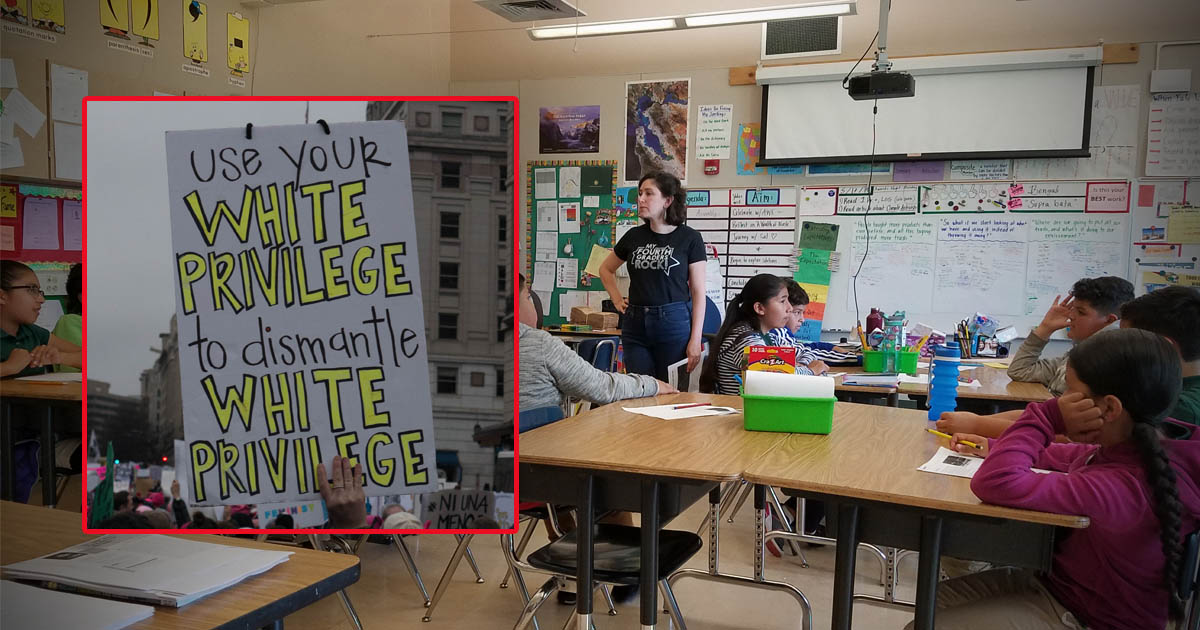 A California educator has demanded that schools in the state ignore “privileged white voices,” and argued that the curriculum should be even more anti-white than it already is.

Governor Gavin Newsom signed a bill into law in October of that year, requiring every high school student in the state to complete a semester-long “Ethnic Studies” course, which promotes “the values of civic engagement and civil responsibility,” along with “critical thinking and rigorous analysis of history, systems of oppression, and the status quo.”

While the legislation doesn’t come into force until 2025-26, some schools already have or will be implementing such lessons. Shoman’s letter urged the state board of education “not to give in to the pressures and influences of political lobbyists, racist and privileged white voices, and individuals,” for their design.

In the letter, which was revealed via a public records request from Zachor Legal, argued that “multiple perspectives” should not be considered in the course, as it undermines “the primary focus on the BIPOC (Black, Indigenous, people of color) communities that compose over 80 percent of California’s student population.”

Shoman further complained that the proposed lesson on Black Lives Matter, “which is a direct response to white supremacy,” failed to “call out and analyze racism and systemic oppression.” A new “Jewish-American studies” section was “grossly inaccurate, and has no institutional history,” she argued.

“The position taken by Samia Shoman and others to treat Jews, the true indigenous people of the land of Israel, as ‘white’ occupiers and colonists is utterly at odds with history and facts,” Marc Greendorfer of Zachor Legal told Fox News.

Totally racist propaganda. @samiashoman should be banned from any educational facility! https://t.co/1nqphsthlN

“While the idea of ensuring students are taught about the history of all ethnicities is one we support, we have found that these programs are anything but educational. Instead, they are political indoctrination by extremists who are working to institutionalize bigotry and hate in education,” Greendorfer added.

In a statement, the school board noted that Shoman was well within her purview as a member of the California Ethnic Studies Model Curriculum Advisory Committee to write to the California State Board of Education to express her opinions, along with other committee members:

“The committee did not call for the erasure of Israel, Jews, Jewish perspective or Jewish history in the curriculum. They do suggest that these topics do not belong under the umbrella of Asian American and Pacific Islander History. Further, the group does not criticize multiple perspectives but rather urges the Board of Education to center BIPOC voices through this curriculum.”

Byrn Griffin, the Press Secretary for DeSantis, said the course lacked “educational value and historical accuracy,” and that as submitted, it stands as a “vehicle for a political agenda and leaves large, ambiguous gaps that can be filled with additional ideological material, which [Florida] will not allow.”