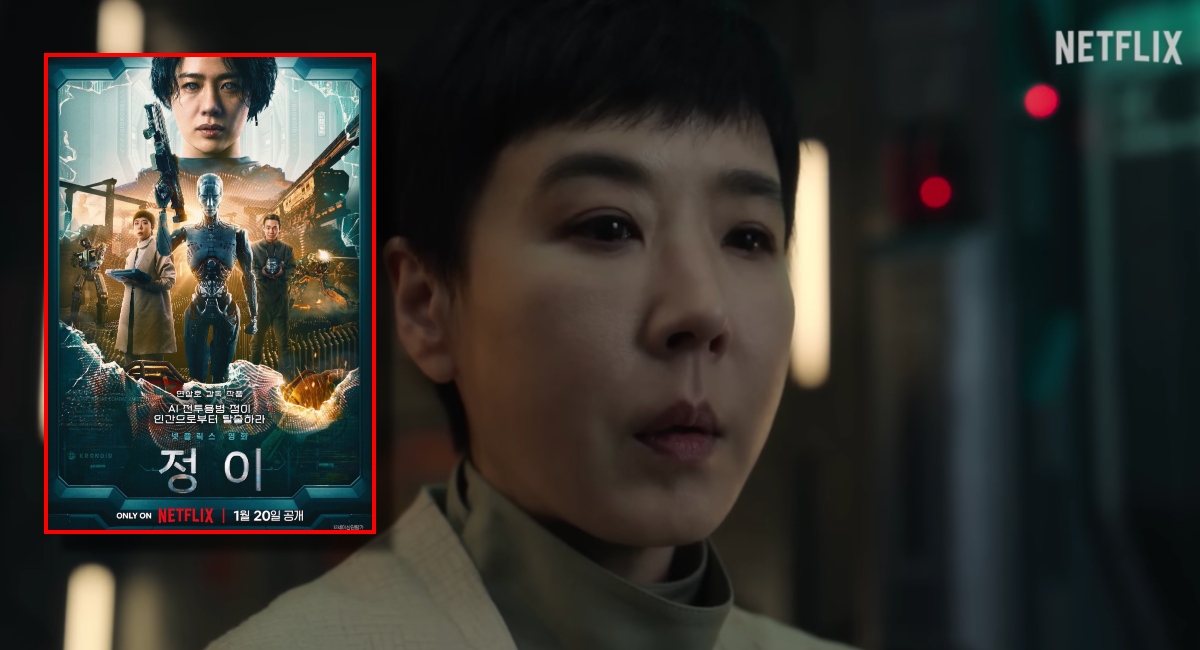 A South Korean Netflix sci-fi film featuring late actress Kang Soo-youn has become the top film in the U.S. after being exclusively released on the movie streaming platform just four days ago.

The plot of the movie, Jung_E, takes place on an increasingly uninhabitable, futuristic, and technologically advanced earth as humanity is tangled in civil war — prompting one side to clone the brain of a deceased elite female soldier in order to mass produce combat-specialized artificial intelligence robots.

The film was directed by South Korean filmmaker Sang-ho Yeon, whose previous works include the famous 2016 zombie film Train to Busan.

In Jung_E, the late Soo-youn is cast as a top scientist involved in the Kronoid corporation’s testing of combat AI robots based on the brain data of a famous female war hero, who is ultimately revealed to be her own mother.

Throughout the course of the film, Soo-youn’s character faces internal struggles with childhood memories about loss of her mother, as well as ethical and emotional complications arising from her research in the present.

Soo-youn, 55, unexpectedly passed away in May of 2022, just a few months after filming for Jung_E was completed in January. In the credits of her posthumous Netflix film, a placard appears honoring her memory.

According to reports, Soo-youn’s family found her lying unresponsive in her home at around 5:40 p.m in early May after suffering from cardiac arrest. She died in the hospital just two days later following a cerebral hemorrhage.

Top movie right now on Netflix is a Korean sci-fi film called Jung_E. At the end you find out the main character, a Korean actress named Kang Soo-youn, died suddenly in May from cardiac arrest at 55 years old.

I guess I haven’t gotten used to this trend yet pic.twitter.com/HVZXAqXjZY

“Kang Soo-youn, a brilliant actor who was a pioneer in the Korean film industry, died today. It was an honor to be with the late Kang Soo-youn, who always showed great acting and good energy on the set. We will not forget every moment of actress Kang Soo-youn who did her best for a good work. May she rest in peace,” Netflix Korea stated in an Instagram post following her death.

“With a heavy heart, we send our deepest condolences for the sudden loss of former festival director, Kang Soo-youn. Kang contributed to [introducing] the excellence of Korean cinema to the whole world and devoted herself to BIFF as festival director from 2015 to 2017,” Busan International Film Festival wrote in a Facebook post of the esteemed actress.

“We will never forget her hard work and dedication. May the soul rest in peace.”