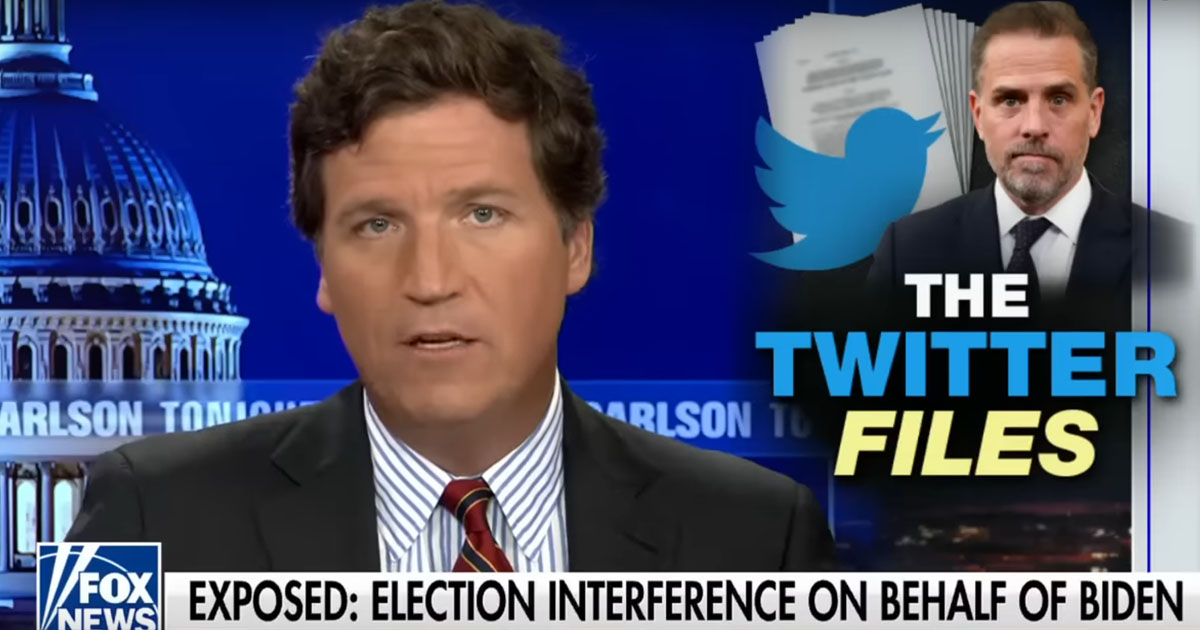 “When [Musk] bought the company, he promised to reveal its corruption, the extent to which Twitter had engaged in politically motivated censorship, including the unlawful, the illegal censorship, of American citizens at the direction of the U.S. government,” Carlson said.

“Well, tonight, less than an hour ago, Musk began to make good on that promise,” Carlson said. “Twitter shared a trove of internal documents with Matt Taibbi of Substack.”

Carlson noted, “Those documents are coming out again as we speak, and what they have proved so far is very serious. Those documents show a systemic violation of the first amendment, the largest example of that in modern history. “

New documents shared by @elonmusk and journalist @mtaibbi reveal that the DNC pressured Twitter into removing a tweet from legendary actor @RealJamesWoods, who had criticized Hunter Biden.

“These documents show that, among other things, political officials in the Democratic National Committee were directing censorship at Twitter ahead of the 2020 election,” Carlson said. “One Twitter official wrote on October 24, 2020, that he had received, ‘an additional report from the DNC.’ So, the DNC was telling Twitter what to pull off of the site and Twitter was complying.”

Carlson continued, “Twitter was also following instructions directly from the Biden campaign in the final days of the presidential campaign. One of the documents proves that officials on the Biden team routinely directed Twitter to remove posts that reflected poorly on Joe Biden.”

“Twitter was permanently censoring users at the request of the DNC and the Biden campaign,” Carlson concluded. “That is new. Many suspected it. Now, it has been absolutely confirmed by internal documents and, of course, the New York Post Twitter account was banned.”

“Why? Because they had a story that might have changed the outcome of the 2020 election and Twitter knew that perfectly well.”