Our health today is at threat from an invisible enemy. This microscopic foe is everywhere: in the air, in the water, in the soil, in our homes. We inhale it. It enters our body when we eat and when we drink. Despite our best efforts, it is multiplying. With each passing week, we learn more about it. And the more we learn about it, the more reason we have to fear it.

You could be forgiven for thinking I’m referring to some new virus cooked up in a Chinese lab. Well, I’m not. Unfortunately for us, what I’m actually talking about is something with the potential to do far more harm. In fact, it may even contribute to the death of the species – the human race – if its effects aren’t countered soon. I’m talking about microplastics – quite literally, tiny pieces of plastic which generally go unseen to the naked eye.

Some breaking science. A study of the coastal city of Auckland, in New Zealand, suggests that 74 metric tonnes of microplastic fall on the city each year. That’s the equivalent of three million plastic bottles, raining down from the sky. Previous studies, using less sophisticated detection equipment, showed levels in cities like London, Paris and Hamburg to be lower, but with more sensitive methods, which can reveal even smaller particles, levels now appear significantly higher. This is not good. 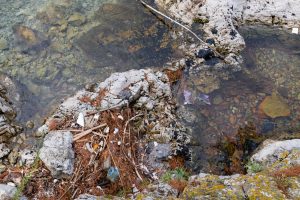 The new study also reveals more about how microplastics interact with the natural environment, including the weather, to increase their spread. The researchers found that levels of microplastics in the air over Auckland were higher when the winds were faster and the waves higher in the nearby Harauki Gulf, suggesting the sea is helping to launch microplastics out of the water and into the atmosphere. Globally, the majority of plastic pollution ends up in the seas and oceans, accumulating in vast artificial reefs like the so-called Great Pacific Garbage Patch.

Over the last 70 years, only nine percent of the 8.3 billion metric tonnes of plastic produced has been recycled. The rest has either been incinerated or made its way into the environment, where weathering and aging will break it down into smaller pieces, and eventually into microplastics.

Microplastics now circulate around the world like air or water, finding their way to the most remote places – regardless of whether or not humans have ever been there. This year, microplastics were found in Antarctic snow for the first time, and as much as 3,000 tons, or 43 trillion particles, are estimated to fall with snow on Switzerland annually.

Our homes are just as contaminated with them. Synthetic fibres in clothes, toys and furnishings shed microplastics in every room, at levels as much as a hundred times higher than predicted.

Our drinking water contains them, and so does our food. Remember that horrifying TikTok video where waste food, still in its plastic wrapping, was being fed into an industrial grinder to make feed for pigs? I think you can work out what that means…

It’s not a surprise then, that with microplastics in the air, in our homes and in the food and water that we consume, we also have significant quantities of them inside us. Scientists estimate we could be consuming up to a credit card’s worth of plastic each week. As well as passing through the gut, microplastics can end up deep in lung tissue andthe placentasof pregnant women and even cross the blood-brain barrier. The young are at particular risk. Through analysis of stool samples, babies have been found to have up to 15 times more microplastics in their bodies than adults, probably because they chew plastic toys and crawl around in carpets made of synthetic fibres, which also trap dust and microplastic particles. 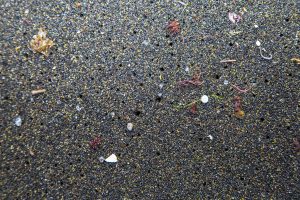 Microplastics in the remote Azores, near Portugal (Race For Water / Wikimedia Commons)

What is all this plastic doing to us? In truth, we don’t fully know yet. But what we do know is bad enough that we – and by that I mean our governments as well as us as individuals – should be treating plastic pollution, at all scales, as a problem of the greatest importance. If we put to one side the mounting evidence for plastic’s negative effects on the environment and the wider animal kingdom, which is terrible on its own, it’s clear that our health is also seriously at risk. Microplastics are already implicated in gut disorders, respiratory problems and cancer. They are also heavily implicated in declining fertility, both male and female, which has now reached the level of a global crisis.

Microplastics have been shown to accumulate in the testes of small mammals. The particles themselves may cause structural damage, but they are also vectors for harmful chemicals, known as endocrine disruptors, which have catastrophic gender-bending effects. Endocrine disruptors like bisphenol-A (BPA) and phthalates are essentially to many of the most important industrial processes today, especially the production of plastics. They are also found in a wide variety of other products, including deodorants, skin creams, sun-tan lotions and other personal-care items. Attempts to replace some of the more well-known varieties, such as BPA, with different chemicals have proven ineffective. Pesticides, herbicides, flame retardants and non-stick chemicals are also endocrine disruptors.

Forgive me if… I’ve made it seem like we’re in an impossible situation and there’s no getting out of it. We’re not, and there definitely are things we can do.

Exposure to endocrine disruptors can cause a whole host of reproductive defects in men and women. The feminising effects on men can lead to smaller penis size and malformation, reduced sperm counts and sperm motility, and reduced testosterone levels.

Over the last half century or more, sperm counts and testosterone levels have declined massively in the West. This decline, and the role of endocrine disruptors in it, was the subject of a recent Tucker Carlson Original documentary, The End of Men, in which I appeared. It’s also the subject of a new book that prophesies literal doom if we can’t arrest the decline. In Count Down, reproductive-health expert Professor Shanna Swan extrapolates current trends in male fertility to make a stark prediction: that by 2045, the species could be incapable of reproducing by natural means. In less than thirty years, the median man will have a sperm count of zero, meaning that one half of all men will produce no sperm whatsoever, and the other half will produce so few as to be functionally infertile.

The continuation of the species absolutely is and should be a political issue, but so far the response, especially to the Tucker documentary, has been depressingly predictable. His MSM and bluecheck – sorry, former bluecheck – critics have accused Tucker of barely disguised fascism, for glorifying male health and fitness, and of peddling “pseudoscience”. Tucker, they say, is simply playing on racist fears of declining white male potency as the US becomes a minority white nation.

The truth is, though, that the evidence for declining fertility is “real science”, with no implicit or explicit political slant. It only continues to grow. Indeed, not long after The End of Men dropped, a major new study provided massive confirmation of Tucker’s “pseudoscience”.  Professor Swan and colleagues from around the world have now shown, for the first time, that the reproductive decline witnessed in Western men is mirrored in men in Latin America, Africa and Asia. This is officially now a global problem. What’s more, the decline is taking place faster than we’d thought. 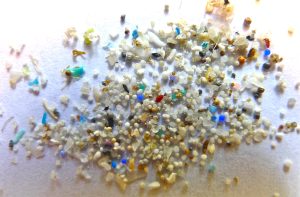 The question, of course, is what we can do about all of this. Forgive me if, with this litany of studies, I’ve made it seem like we’re in an impossible situation and there’s no getting out of it. We’re not, and there definitely are things we can do. But we have to accept that there’s no way, at present, to avoid exposure to microplastics and endocrine disruptors. You can’t go to the Arctic or the Antarctic or the Alps to get away from them, because they’re already there.

All you can do is mitigate your exposure – and you should. Reducing your reliance on plastics in every aspect of your life – bottles, Tupperware, clothing – throwing out personal care products that contain phthalates and other harmful chemicals, filtering your water and buying locally produced organic food whenever possible, or even starting to produce some yourself, will reduce your exposure significantly. Declining sperm counts and testosterone levels can be fought head on with exercise, the right kind of diet (hint: I don’t mean a plant-based one), sunlight and a proper sleep schedule.

Real change will only come, at last, when governments make the health of their citizens a real priority; when they realise that a nation is only as strong as the people of which it is comprised. What it will take to make them realise this is anyone’s guess.

Described by Tucker Carlson as the “spiritual leader” of “the broscientists,” Raw Egg Nationalist is a health and fitness author who may be best known as the subject of The End of Men, a Tucker Carlson Originals documentary released earlier this year.

Raw Egg Nationalist’s books and social media are available on his website. 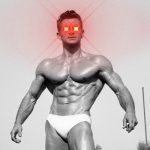