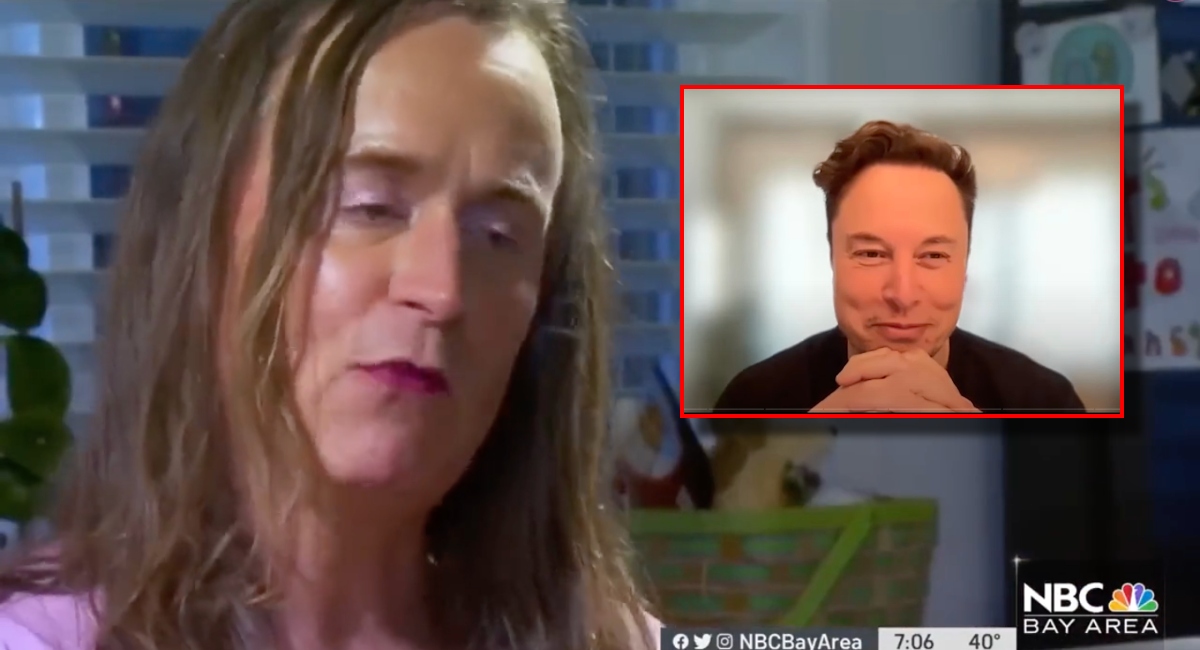 A former Twitter employee who believes he’s a “transgender” woman spoke out to NBC News against Elon Musk after losing his job at the social media platform in the wake of the African American billionaire’s acquisition of the company.

During the interview, Ingle accused Musk of not allowing him to receive a severance package and perpetuating abuse and political extremism on the site.

“I’m not getting a severance package,” Ingel complained. “They can’t take that away from me. And I think people need to know about this situation.

According to Ingel, his old job with the social media giant focused on content moderation. As Twitter’s Senior Data Scientist, the individual was tasked with enforcing Twitter’s rules and banning those who violate them.

“Over time, these things build up and the site will become more abusive, more extreme, and less reliable,” Ingel claimed.

Musk posted a video to his Twitter account he says shows a “secret closet” at Twitter’s headquarters, filled to the brim with shirts emblazoned with “#StayWoke.”

“Found in closet at Twitter HQ [for real],” wrote Musk before adding laughing emojis. In the video, Musk describes his surprise at the discovery.

“Here we are,” said Musk, “there is an entire closet – a secret closet – full of hashtag woke t-shirts.”

In a now-deleted tweet, Musk revealed he and his colleagues discovered the shirts likely date from a 2015 protest movement that was later debunked in federal court.

“#StayWoke shirts stem from the Ferguson protests,” Musk wrote in the deleted message.

He added, “Obama’s own DOJ proved this & exonerated the cop.” He correctly added, “‘Hands up don’t shoot’ was made up. The whole thing was a fiction.”

What conspiracy theory? This what Obama’s DoJ published: pic.twitter.com/O4DYAy63dD

After receiving some pushback from liberals on Twitter over the Ferguson comments, Musk doubled down and explained that former President Barack Obama’s own Department of Justice found that the Ferguson shooting was in self defense.

That’s not to say that other injustices don’t occur, but this does not appear to be one of them. @CommunityNotes

“According to Obama’s DoJ, the Ferguson shooting was unequivocally self-defense, so the Ferguson protests were – if you believe Obama’s DoJ – based on a false premise. That’s not to say that other injustices don’t occur, but this does not appear to be one of them,” Musk tweeted.