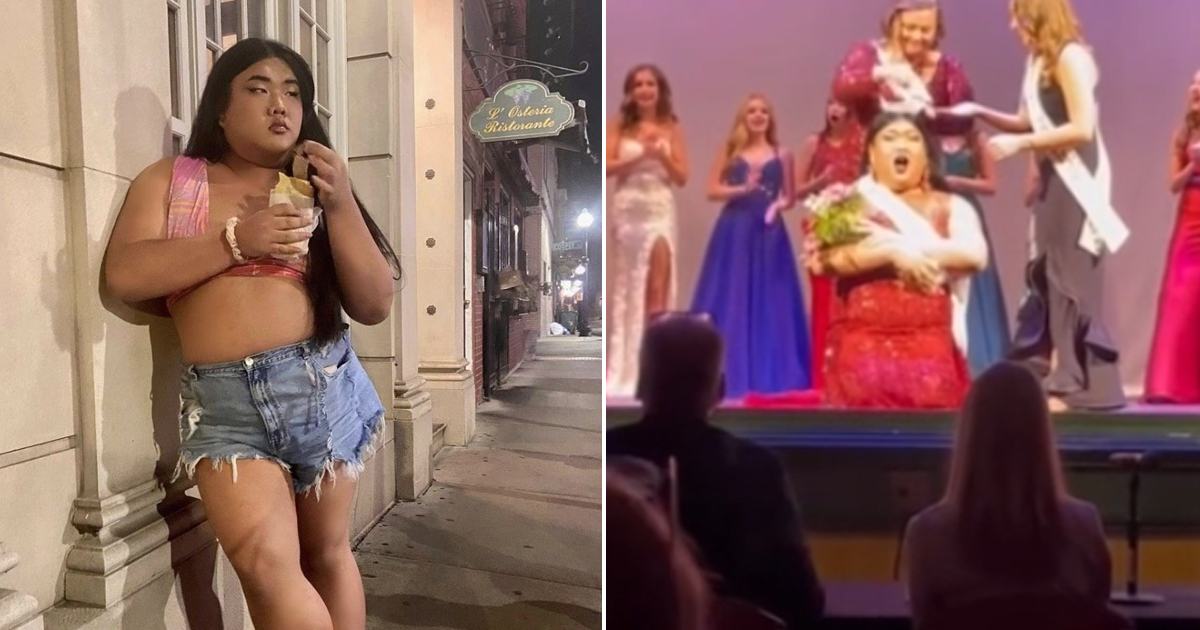 An overweight male-to-female transgender person named Brian Nguyen has been crowned “Miss Derry 2023” in what may be the most woke development in the history of professional pageantry.

“In the 100 year history of Miss America,” wrote the biological male, “I have officially become the FIRST transgender titleholder”.

He added, “No words can describe the feeling of having the opportunity to serve my community and represent my community for the very first time at Miss New Hampshire,”

“I am so honored to be crowned your new Miss Greater Derry 2023, and I am thrilled to show you all what I have up my sleeves,” the male-to-female transgender promised, “This will be an amazing year.”

CBS 12 notes that the pageant ostensibly chose to include the male-to-female participant, as courts have thoroughly determined that the decision of whether to include transgender individuals is the prerogative of the organization.

Journalist Andy Ngo reported that Nguyen is a “trans social media influencer” and revealed that Nguyen celebrated his victory by “eating a burger on video.” Nguyen apparently claims to advocate “for marginalized women.”

Nguyen’s victory was obviously derided among conservatives, who have repeatedly cautioned that biological men are replacing women in fields often created to promote fairness, equality, and understanding between the genders.

While the “Miss America” pageants are generally understood to celebrate the uniqueness of femininity, male-to-female transgenders have become champions at professional and collegiate sports as well, and have received “Woman of the Year” from multiple publications and organizations.

Some say that African-American billionaire Elon Musk purchased Twitter, in part, because the big tech platform censored The Babylon Bee when it mocked transgender Admiral Rachel Levine, who the Biden administration has promoted to a position of extreme prominence despite his relative lack of experience.