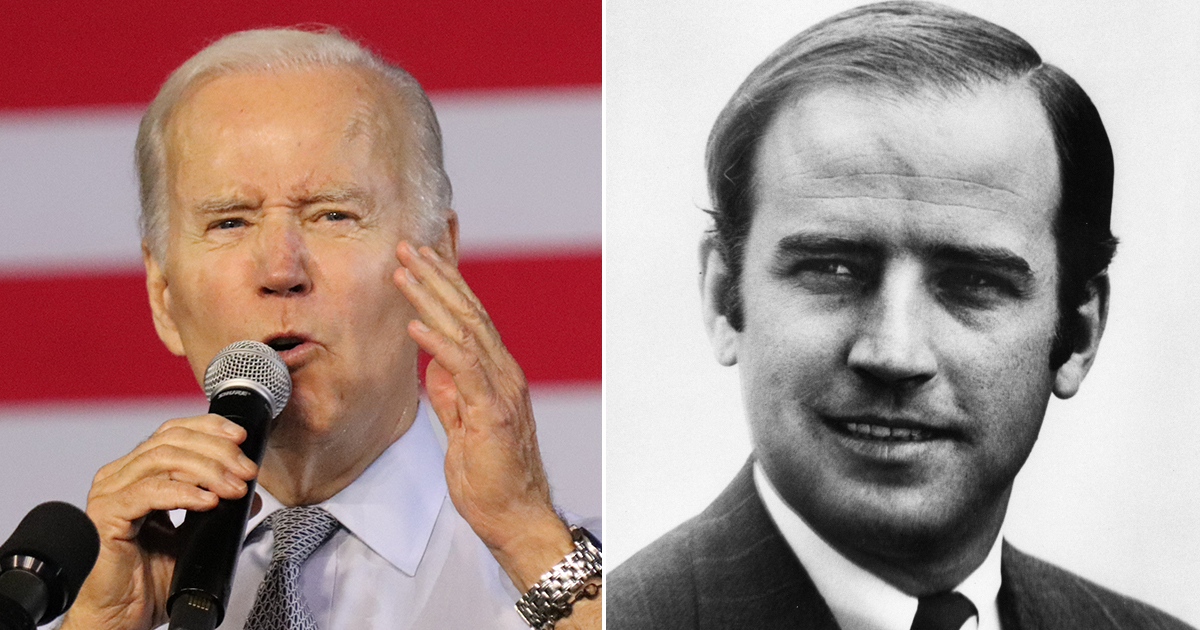 News publications are already publishing gushing essays now that Joe Biden is set to turn 80 in less than 10 days, on November 20, 1942.

Biden, the oldest man to serve in the White House, will be 82-years-old if he runs for reelection and wins. Hypothetically, he would be 86 when leaving the White House at the end of his second term.

The previous record holder was President Ronald Reagan, who left office at 77 – the same age Biden was when he ascended to the White House – and was widely criticized by contemporaries for his advanced age.

Rather than collate a medley of quick facts from Biden’s lengthy life, or offer a questionable reflection on his chances for 2024, Valiant News will instead treat our readers to a number of popular songs, movies, and cultural moments from the year Biden was born: 1942.

Break out your phonograph and Ella Fitzgerald records, because it’s time to party.

On November 20, 1942, the most popular song on the radio was “White Christmas” by Bing Crosby, which was recorded for the first time in May of that year.

That’s right, Biden is about five months younger than one of the most well known Christmas songs in the American lexicon.

Prior to that timeless hit, the most popular tune on the public airwaves was “(I’ve Got A Gal In) Kalamazoo” by Glenn Miller and His Orchestra.

That song is widely considered the best piece of music released in 1942, and it went on to win an award the next year, when Biden was still likely breastfeeding.

The highest grossing movie of 1942 was “Bambi.” That’s right, Biden is roughly the same age as the Disney film that still teaches children about death – maybe a little too early – to this very day. It was the fifth animated movie in the history of Disney.

Behind that movie, however, are names that many will find less recognizable.

Far behind “Bambi,” which grossed more than $70 million, were “Mrs. Miniver” and “Yankee Doodle Dandy.”

Still showing in theaters as late as 1942, the “Gone With The Wind” movie from 1939 managed to net over $3 million during the year of Biden’s birth.

Though television was very much in its infancy during the year of Joe Biden’s birth, there were some notable achievements.

For example, WRGB went on the air in New York for the first time. That station remains on the air, with its original call letters, 80 years later.

Many older readers will remember one characteristic of television in these days: It ended.

At night, a message appeared on screen and the Star Spangled Banner played, letting viewers know that television viewing hours were over, and often letting children know it was time for bed.

Though it’s difficult to find an 80-year-old example of such a TV sign off, these were made during Biden’s teen and young adult years:

In football, the Washington Redskins won 14-6 over the Chicago Bears, and the Rose Bowl had to be canceled due to the Second World War.

In baseball, President Franklin D. Roosevelt gave players and teams the green light to play despite the war, though he did encourage games to be played at night so Americans working on the war effort could attend.

The Cubs, in a show of solidarity with the American people, canceled their plans to install electric lights at Wrigley Field to allow the military to use the materials. They didn’t get new lights for more than 40 years.

Money was more valuable in 1942, as it was long before the inflation that plagued the Carter and Biden years. Here are some examples:

President Roosevelt was serving his second to last term when Biden was born, and he would be elected again in 1944, serving until his death in 1945.

The 1942 United States elections, midterm elections held just days before Biden’s birth, saw Republicans pick up seats in both chambers, probably as Americans were concerned about Roosevelt’s decision to seek a third term.

Internationally, the United States was at war with Japan and Germany. Winston Churchill was Prime Minister of the United Kingdom.

We hope, somehow, the 80-year-old White House resident enjoyed this retrospective on how American life has changed since he was born and almost immediately began working in politics those eight decades ago.

Spread the love
In this article:1942, Commentary, Featured, Joe Biden