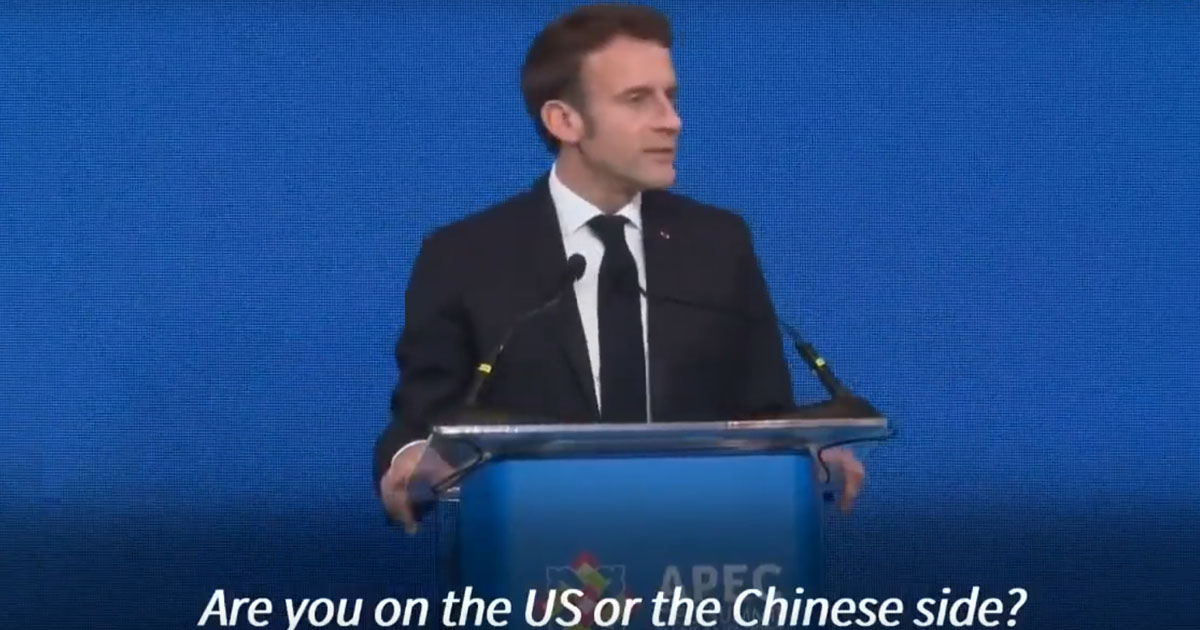 French president Emmanuel Macron called for a “single global order” to replace the “two orders” of the United States and China during the APEC summit on Friday.

“Are you on the U.S. or the Chinese side?” Macron rhetorically asked. “Because now, progressively, a lot of people would like to see that there are two orders in this world. This is a huge mistake, even for both the U.S. and China. We need a single global order.”

“So how does that look? And do any of these leaders actually believe China will concede to anyone at this point?” Macron added. “China is in the driver’s seat and they know it.”

In case you still think it’s a conspiracy theory that our elites want a world order, here’s French President @EmmanuelMacron yesterday at the APEC summit:

Just in: Crazy conspiracy theorist rants on stage in front of billionaires and world leaders about the need for a “single global order” which conspiracy realists have been predicting for decades. pic.twitter.com/7uasu6dj1O

Footage of Macron being slapped in the face in 2021 also resurfaced on social media, with several outlets erroneously reporting that the incident in the video happened last week.

Macron’s presidency has been praised by key members of the Biden administration.

Macron secured reelection in April against right wing challenger Marine Le Pen, who secured an unprecedented percentage of the vote, especially with young people, but did not come close to unseating the current embattled president.

Macron has presided over years of protests – first Yellow Vest protesters, now anti-COVID passport and lockdown protesters – that have seen his approval rating plummet to 36%.

Such an unpopular man retaining his office is good news for Biden, said Klain.

“An interesting observation,” wrote Klain. “President Macron appears to have secured a double-digit victory over LePen, at a time when his approval rating is 36%. Hmmm….”

The Biden White House’s approval numbers are similarly in the toilet.