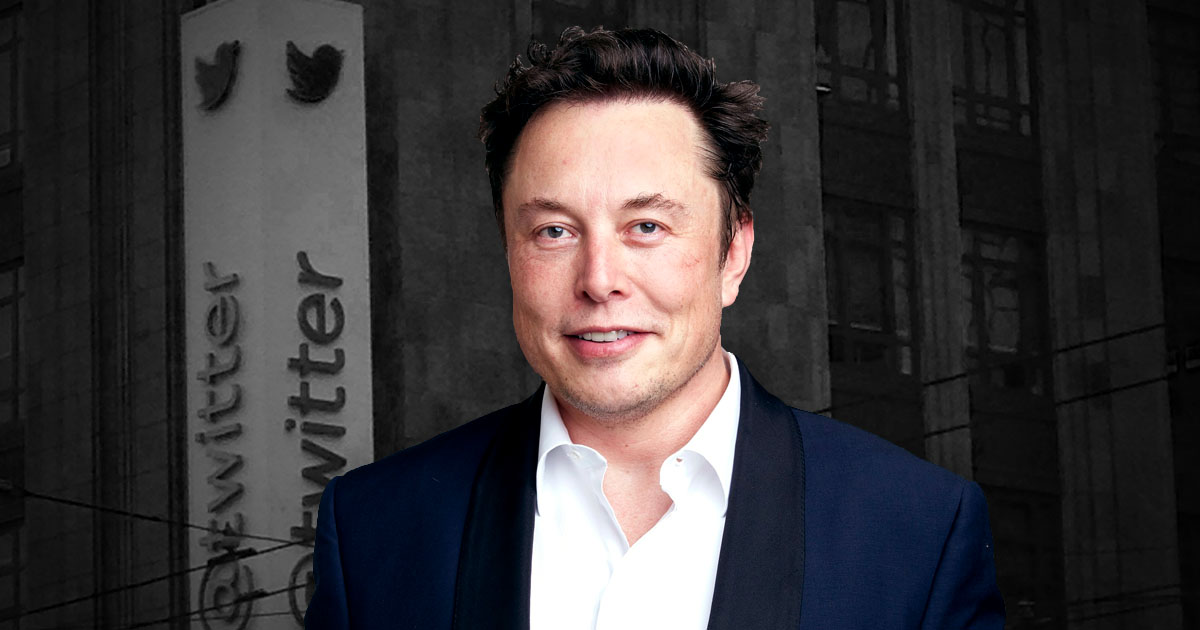 African-American billionaire Elon Musk has officially fired up to half of all Twitter employees in the boldest move he’s made since the sale of the platform was finalized late last month.

The rumored move was announced yesterday, when an email was leaked that revealed Twitter would shed a significant number of its employees today at 9 a.m. PT.

This morning, though, employees found themselves locked out of Twitter systems, and managers apparently began texting their subordinates to ask whether they, too, no longer had access to their work files.

While Musk walked back his early suggestion that he would fire up to 75% of Twitter employees, reports suggest that he’s fired about 50% of the big tech company’s workers, or roughly 4,000 people. The company had about 7,500 employees before Musk bought it.

“Has it already started?” Asked one former Twitter employee after learning she was unable to access her work email. “Happy layoff eve!” Others offered more somber remarks.

“Woke up to the news that my time working at Twitter has come to an end,” wrote former Twitter employee Michele Austin.

“I am heartbroken. I am in denial.”

Woke up to the news that my time working at Twitter has come to an end. 💙

I am heartbroken. I am in denial.

It’s been the best, craziest, most rewarding ride of my career. I have loved every single minute of it.

A short thread, if you will indulge me:#LoveWhereYouWork

One former employee reportedly posted a photo of herself sobbing and declared she was “absolutely ripped in half” and “embarrassed for posting” but couldn’t help it “because this company was so damn special.”

The tweet has since been deleted, though it was preserved by Andy Ngo, who linked the account to Twitter employee Lindsey Kander. It’s unclear whether Kander was fired.

In second post preserved by Ngo, another fired employee claimed that Musk’s acquisition is not about free speech, but rather giving conservatives a place to speak freely.

“It’s quite literally an attempt to create a sounding board for Elon and his pals who conservative views and rhetoric hasn’t been tolerated elsewhere.”

Prior to his acquisition, many speculated that the most difficult part of purchasing Twitter would be confronting the left wing corporate culture rumored to permeate the big tech company.

Many suggested that Musk would be fundamentally unable to confront this culture because of the large number of employees who would simply refuse to participate in his free speech agenda.

Musk appears to have confronted this challenge by locking Twitter employees out of the company’s systems and bringing in Tesla employees, investors, and personal friends and allies to run the company in the short term.

Citing an anonymous source at Twitter, Politico reports that Musk has “brought in some engineers from Tesla and some investors and friends of his,” and claimed that many of the cuts were in the name of saving money.

Related  Musk Slams WEF As 'Unelected World Government' That Nobody Wanted, Asked For

This morning, Musk posted a tweet suggesting Twitter has lost large sums of revenue due to pressure on advertisers from left wing activist groups.

“Twitter has had a massive drop in revenue,” wrote Twitter’s new boss, “due to activist groups pressuring advertisers, even though nothing has changed with content moderation and we did everything we could to appease the activists.”

“Extremely messed up!” He concluded, “They’re trying to destroy free speech in America.”

Twitter has had a massive drop in revenue, due to activist groups pressuring advertisers, even though nothing has changed with content moderation and we did everything we could to appease the activists.