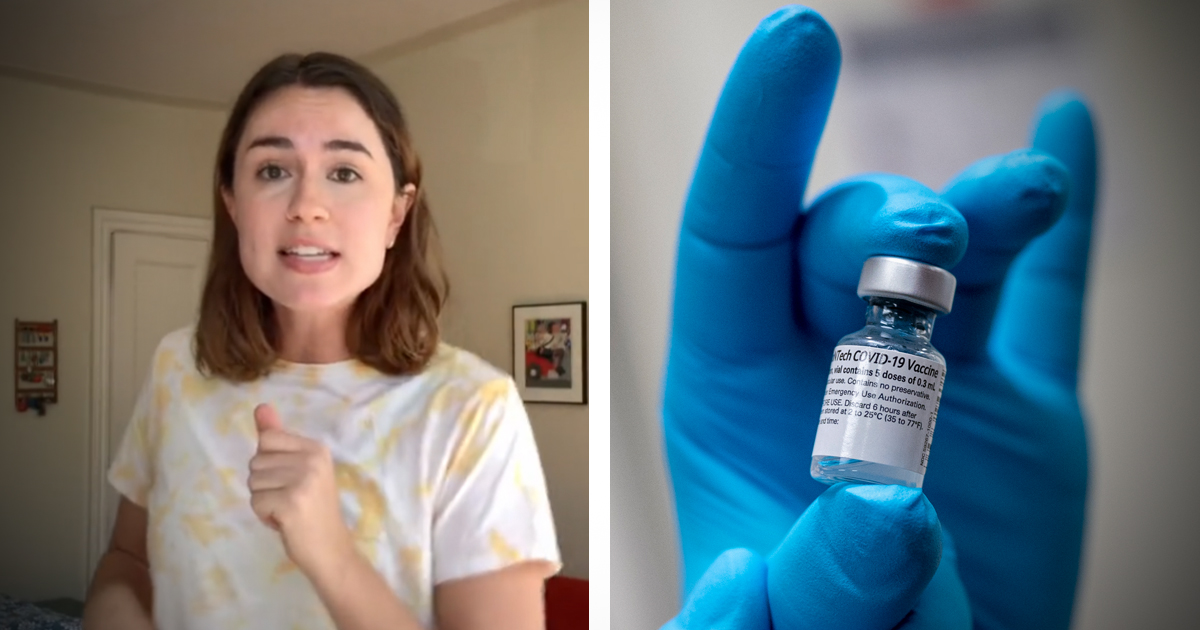 A New York woman has claimed in a viral TikTok video that her irregular period was fixed after taking the second dose of the covid vaccine.

Cassie Wilson, a TikTokker with almost 90 thousand followers at the time of writing, posted a video last week which gained over 4 million views explaining the story of her irregular menstrual cycle, and the problems she had suffered due to it.

Wilson recounted how that from the age of 16, she experienced extremely heavy periods, with an on-off cycle of 10 days, meaning that she was bleeding around half of the time. After two years of trying various pills, an IUD fixed the problem for around a year and a half before the symptoms came back.

After an internal ultrasound conducted by a doctor, medical professionals were no closer to understanding what the problem was, with Wilson saying that she had no cysts or hormone problems that may have been causing the issue.

She confirmed that the bleeding was so severe that she had become anemic, and that she felt like she was experiencing “some sort of biblical punishment.”

However, after taking the second dose of the covid vaccine, Wilson said that she had “a weird heavy period and then everything was normal,” drawing a link between taking the second jab and her menstrual problems disappearing. “So I might be microchipped but at least I’m not bleeding all the time,” she quipped. Wilson did not mention which covid vaccine she had taken.

A number of people in the comments section discussed their own stories with the covid vaccine affecting either their own menstrual cycle or those around them.

One commenter said “my mum (who had gone through menopause years before due to cancer treatment) started her periods again after the covid jab.” Others chimed in that their mothers had experienced the same.

Another person recalled that she had been trying to conceive a child for seven years with her husband, and was told that she wouldn’t be able to have kids. After taking two doses of the covid vaccine, she now has an 8 month old child.

The viral TikTok video comes as a study from the British Medical Journal was published on Tuesday, reporting that on average, women who took the first covid jab experienced a one-day delay in their period, before their cycle returned to normal. After taking the second jab, a delay of around 3-4 days was experienced, with the cycle not returning to full normality.

“Menstruation is woefully understudied, which is troubling considering it is a key indicator of fertility and overall health,” said Dr. Alison Edelman, the lead author of the paper and a professor of obstetrics and gynecology at Oregon Health & Science University School of Medicine.

“We hope our findings further validate what so many individuals reported experiencing, and allow health care professionals to provide patients with better care and clinical recommendations,” Edelman added.