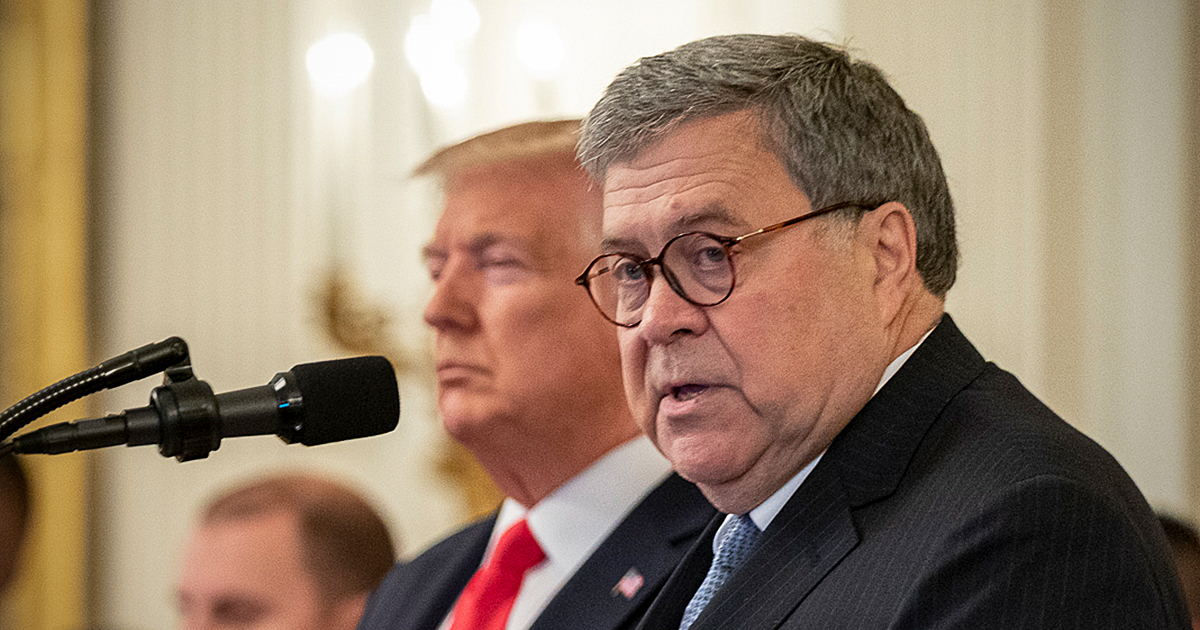 Former Attorney General Bill Barr’s Department of Justice reportedly did not launch a single investigation into the credible claims of widespread voter fraud that plagued the 2020 election, instead presiding over the agency as it flatly ignored his commands.

Jeffrey Clark, formerly an official in the Trump White House, revealed the news during an appearance on Steve Bannon’s “War Room” show. Clark, now Director of Litigation for the Center for Renewing America, said FOIA requests have revealed Barr did not preside over a single investigation despite ordering his subordinates to investigate.

“After Bill Barr had issued a November 9 memo saying that there should be investigations of the election,” Clark explained, “the FOIA document requests have come back with no documents – the null set, Steve – so no investigations were done as a result of that memo.”

He added, “It’s like a kabuki dance, a memo was issued but nothing was actually done about it.”

Clark says his team sent FOIA requests to 12 districts within battleground states, and have received 11 back so far that reveal the absence of any investigation. He is still waiting to hear back from then Eastern District of Pennsylvania, which includes Democrat stronghold city Philadelphia.

As Clark noted, Barr issued a memo on November 9, 2020 – only days after the 2020 election – that compelled federal investigators to investigate fraud claims. Only one month later, despite apparently not having launched or been briefed on a single investigation, Bannon appeared on CNN and told the hyper partisan left wing network that there was no significant election fraud.

Despite the apparent total lack of investigation, Barr declared there was no fraud “on a scale that could have affected the outcome of the election.”

More recently, Barr made himself an enemy of Trump by continuing to advance his apparently baseless claims insisting the election was not stolen.

In his latest insult to Trump and his supporters, Barr dismissed the findings of Dinesh D’Souza and True The Vote, which were presented in the landmark movie “2000 Mules”.

“You know, when I went into this and would, you know, tell [Trump] how crazy some of these allegations were, there was never, there was never, an indication of interest in what the actual facts were,” Barr said, laughing at the former president.

“My opinion then and my opinion now is that the election was not stolen by fraud,” Barr insisted. “I haven’t seen anything since the election that changes my mind on that, including the ‘2000 Mules’ movie,” he added, with more laughter.

NEW – Bill Barr: "The election was not stolen by fraud. And I haven't seen anything since the election that changes my mind on that, including the '2000 Mules' movie."pic.twitter.com/TDU7OgPpNP