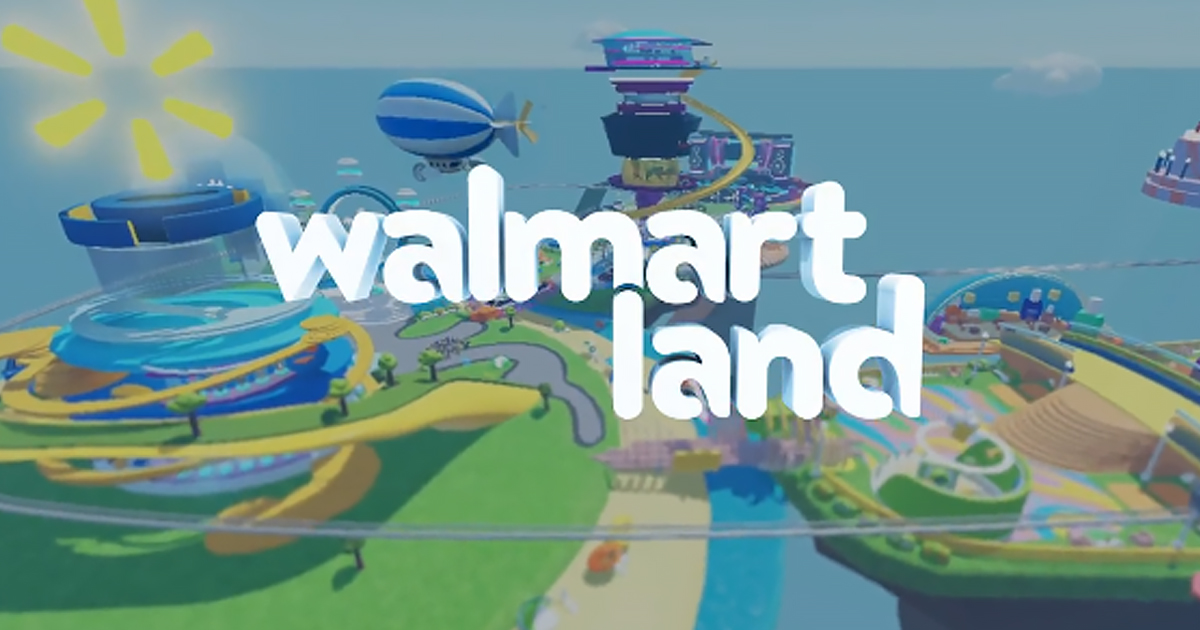 Retail behemoth Walmart has officially announced its support for the metaverse, and the company has now partnered with children’s game company Roblox for its first foray into virtual reality.

Walmart fans and professional consumers will be able to visit a virtual reality known as Walmart Land, which seems to predominantly feature toys meant to ingratiate Walmart with younger VR game playing audiences.

Describing its “Universe of Play” available in the metaverse, Walmart brags that that “Users can dive into five new games” within their virtual world.

Walmart Land is our new world on #ROBLOX with fun & games for all. From film to fashion — whatever you’re into, let’s have some fun with it. Come for the inspo, stay for the verch & live performances.

If that’s not enough, they can win “sought-after rewards” including “virtual toys” that can be exchanged for “coins” they can use to buy “verch” for their avatar. (We’re assuming “verch” means “virtual merchandise” for the in-game character?)

As if that’s not enough to convince any reasonable person to plan their family’s trip to Walmart Land today, the company promises users will also be able to enjoy “e-mobility items like hoverboards” to “travel through the universe faster.” Ah, just like the mobility carts available in Walmart’s real stores.

Still not sold? Maybe the Sharper Image drone roaming Walmart Land and barking the names of popular toys and products will change your mind.

While Walmart’s foray into the metaverse may seem modest, a company spokesman told CNBC that the megacorporation is just getting its feet wet.

“Roblox will serve as a testing ground,” the outlet reported, quoting Walmart chief marketing officer William White. The goal, White explained, is to attract the next generation of metaverse-obsessed shoppers.

“How are we driving relevance in cultural conversation? How are we developing community and engagement? How are we moving the needle from a brand favorability [standpoint] with younger audiences?” he said, per CNBC. “That’s what we’re trying to accomplish here.”

With the corporate goal of gaining good will among young consumers known, perhaps it makes sense that Walmart will not charge for anything within its Walmart Land virtual universe.

This video of Walmart's chief marketing officer on a stage in Roblox talking about its new "Walmart Land" experience is one of the saddest videos ever created. pic.twitter.com/HtIIToShKs

That, however, could change. Walmart could charge brands to become part of its virtual universe, or could attempt to funnel Walmart Land visits into real visits to Walmart’s e-commerce website or physical stores.

The Internet had a predictable reaction to Walmart Land: Most people hated it.

YOOO I CAN FULFILL MY DREAMS OF ROBBING WALMART https://t.co/508dm53eJt

i will find a way to shoplift from virtual reality walmart land https://t.co/xlySzORQwl

Others feigned false enthusiasm about the corporate shopping-themed virtual paradise:

I'm canceling all my meetings today, grabbing a sixer and rolling a few. see YOU in Walmart Land.

Some wondered how much of a video game experience Walmart Land might offer. Is PVP (player-versus player combat) enabled? Will there be loot crates? How about player-owned housing?

Still, others just questioned the name.

“Wally World” was right there and y’all went with…. Walmart Land…? https://t.co/24qVWZWn56

Spread the love
In this article:Commentary, Featured, Metaverse, Roblox, Walmart