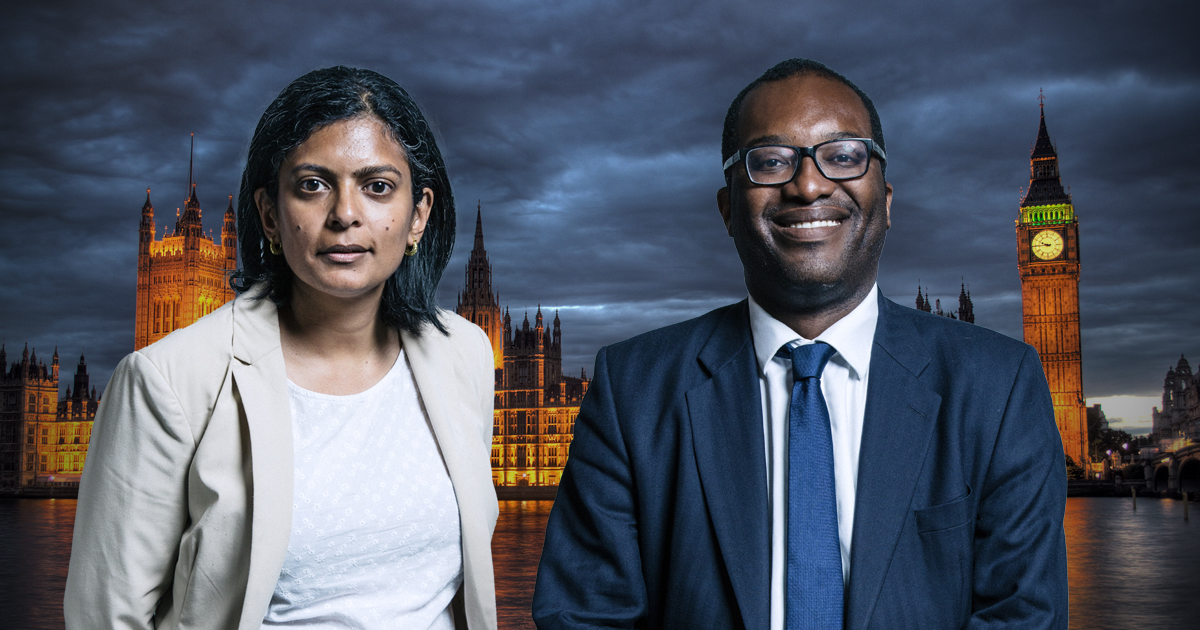 Speaking at an event held by British Future called “What’s Next for Labour’s Agenda on Race,” at the left-wing party’s annual conference in Liverpool, Rupa Huq, the MP for London’s Ealing and Central Action constituency, attacked Kwasi Kwarteng, the current Chancellor of the Exchequer and the first black man to hold the position.

“I’m sorry if I was not making myself understood clearly. He’s superficially a black man, but again, he’s got more in common… He went to Eton, I think he went to a very expensive prep school, all the way through the top schools in the country,” Huq said in a recording posted by Guido Fawkes.

“If you hear him on the Today Programme, you wouldn’t know he’s black.”

Huq, who had allegedly first questioned whether the event was being “held under Chatham House rules,” where comments would not be reported, was rebuked by host Sunder Katwala, who said that the Labour Party has to be “really careful” about making such remarks.

“What does superficially black mean,” asked former London mayoral candidate Shaun Bailey, suggesting that the Labour MP “must explain how her comments are not anything other than overt racism.”

What does ‘superficially black’ mean @RupaHuq ?If Kwasi Kwateng doesn’t sound black how should he sound? Does he have to fit your version of how he should talk, look & think to count as black? @RupaHuq must explain how her comments are not anything other than overt racism.

Angela Rayner, the Deputy Leader of the Labour Party said that Huq’s remarks were “unacceptable,” with a Labour spokesman calling on her to withdraw the “totally inappropriate” comments.

Huq initially told the Guardian’s Aubrey Allegretti that she stood by her comments and saw no need to apologise. “Obviously I know you can be brown and be a Tory, I’m not that stupid,” Huq said, claiming that the interpretation of her comments was “a massive misunderstanding.”

"Obviously I know you can be brown and be a Tory, I’m not that stupid," says Rupa Huq.

Calls criticism of her comments a "massive misunderstanding, wilfully".

But Labour source says they were "clearly totally inappropriate".

However, Huq was suspended by the Labour Party pending an investigation, and will now sit as an Independent in the House of Commons. She later tweeted that she apologised to Kwarteng, and said that her comments were “ill-judged.”

I have today contacted Kwasi Kwarteng to offer my sincere and heartfelt apologies for the comments I made at yesterday’s Labour conference fringe meeting. My comments were ill-judged and I wholeheartedly apologise to anyone affected.

Writing in the Guardian in December last year, Huq said that the “hands on [the] levers of power” in Parliament were “hideously white,” arguing that it was “not a good look” that there were no chairs of any of the 30 key Parliamentary select committees.