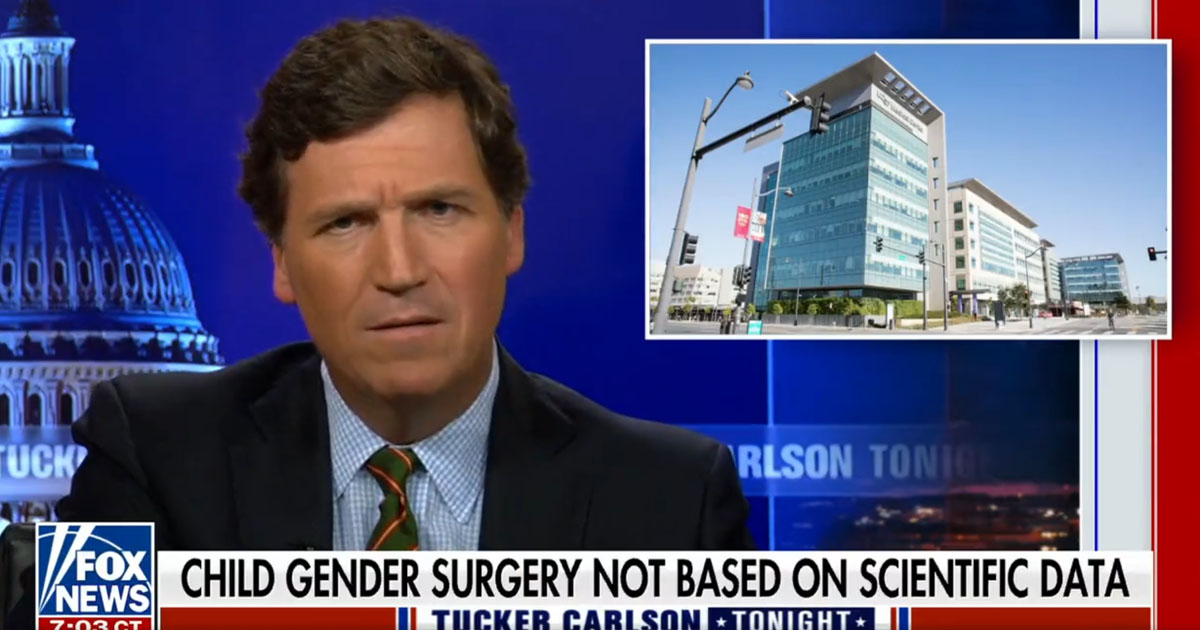 “Modern medicine seems to be abandoning the clinical trial,” Carlson said. “The FDA, for example, just authorized a COVID booster without even bothering to test it on people. They just gave it to a handful of mice and said we’re ready to go. Why take the time to see if it actually works? Who cares if the drug lowers sperm counts or causes miscarriages or produces grotesque blood clots in otherwise healthy people”

“The pharmaceutical companies can’t be sued, so they’re safe,” Carlson continued. “They no longer have to care even about oversight. They sponsor the media companies that cover them. Big tech censors anyone who asks questions about what they do. Payment providers swoop in to shut down the businesses of anyone who dares to criticize Pfizer. That’s happening.

Never has American medicine been more transparently a racket. With the most basic ethical guidelines gone, you shouldn’t be surprised to learn that some hospitals have decided to monetize the mental anguish of children.https://t.co/IAjPpdHVqr pic.twitter.com/EBNrJk4psP

Carlson noted, “The net effect is sad. Never has American medicine been more transparently a racket than it is right now. With the most basic ethical guidelines gone, completely ignored, you should not be surprised to learn that some hospitals have decided to monetize the mental anguish of children.”

“Consider the University of California at San Francisco Hospital,” he continued. “Supposedly, it’s one of the best in the world. UCSF, despite its august reputation, is not even trying to behave responsibly with children who been convinced by TikTok they should change their sex.”

“Genital surgery on children – his is a very big step. It’s irreversible,” Carlson said. “So, you wonder, what is the medical basis for this? Well, a few sentences later, UCSF hospital admits that there is no medical basis. Instead, “In the absence of solid evidence, providers often must rely on the expert opinions of innovators and thought leaders in the field.”

Carlson concluded, “So, UCSF is conducting genital surgeries on minors based on “thought leaders in the field.” What does that mean? Well, it means the Human Rights Campaign is in favor of it. It means activists are pushing it. It means there’s no scientific data to justify it. This is horrifying. Why is this happening and how widespread is it? No one seems to be interested.”