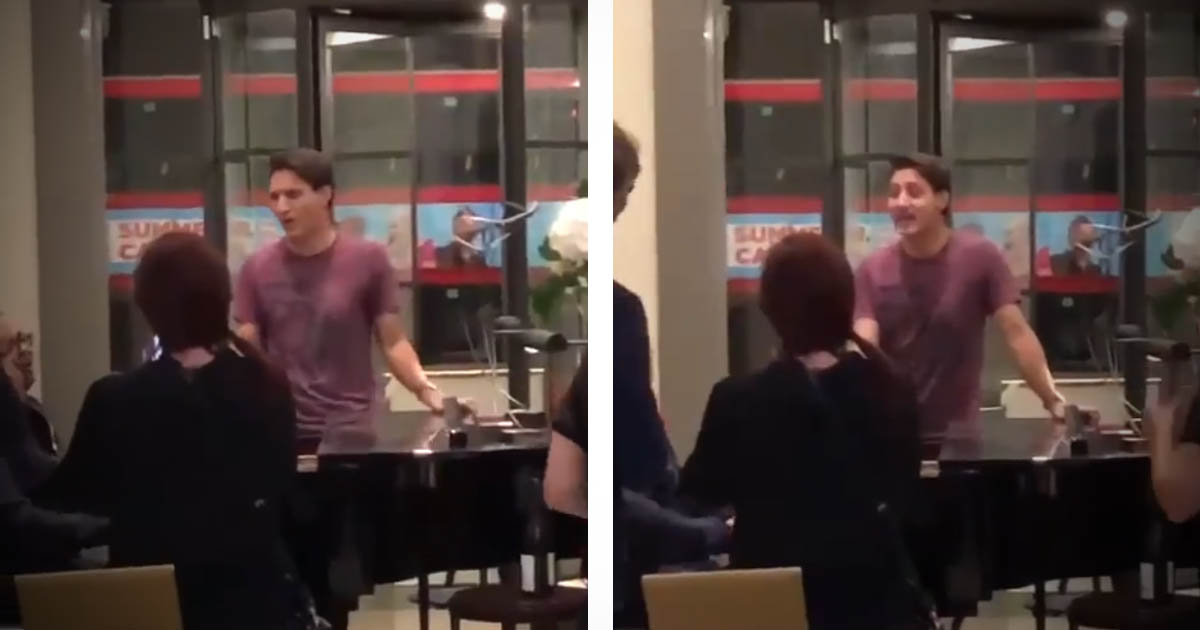 Trudeau, who flew to London as part of the Canadian delegation for the state funeral for the late Queen, was videoed dramatically singing along to Queen’s Bohemian Rhapsody at the Corinthian Hotel lobby.

Unsurprisingly, Trudeau was widely criticised for the spectacle, with many online describing him as “drunk,” despite no concrete evidence to suggest that he was. Keean Bexte of The Counter Signal, described it as “one of the most embarassing Trudeau moments to date.”

This is the Corinthia Hotel lobby. I was there yesterday and ran into Trudeau's Governor General (very prude woman). This is where the Canadian delegation is staying. It isn't a deep fake, but rather one of the most embarrassing Trudeau moments to date. https://t.co/Q1kLg3HyzM

Embarrassing doesn't even begin to describe it. Yes, people sometimes need to let off steam. No, there's no evidence he was drunk. But come on — he's the Prime Minister, in a public place, on the eve of the Queen's funeral. And this is how he behaves?https://t.co/wJgPH1ZZJX

Let me get this straight:

– Trudeau goes to England to pay respects to the late Queen

– Trudeau gets drunk, sings a particularly bad cover of Bohemian Rhapsody, and disrespects the Queen

Did I miss anything?

In a statement, a spokesman for Trudeau tried to explain away the video. “After dinner on Saturday, the Prime Minister joined a small gathering with members of the Canadian delegation, who have come together to pay tribute to the life and service of Her Majesty,” the statement reads:

“Gregory Charles, a renowned musician from Quebec and Order of Canada recipient, played piano in the hotel lobby, which resulted in some members of the delegation including the Prime Minister joining. Over the past 10 days, the Prime Minister has taken part in various activities to pay his respects for the Queen, and today, the entire delegation is taking part in the state funeral.”

Canadian liberal outlets, including CP24 and the Toronto Star, decided to interpret the statement liberally, and declared that the song itself was meant to be a tribute to Her Majesty in the headline and body of their coverage, despite there being absolutely no evidence to suggest that.

Hey @JoannaLavoie – you report here that Trudeau's latest public embarrassment was "in tribute" to Her Majesty. Can you provide a source for that little factoid, or did you just pull this headline out of your ass? pic.twitter.com/QaJ61eh5fc

Trudeau was in fact booed by crowds as he left Canada House in London, with the sounds of disapproval from the crowds clearly heard on a video posted to popular social media site, TikTok.

Much of the UK was shut down on Monday morning, as the population mourned the life of Queen Elizabeth, who was the longest reigning monarch in British history. As an impromptu bank holiday was created for the funeral, surgeries and other medical appointments were cancelled as well as a result.