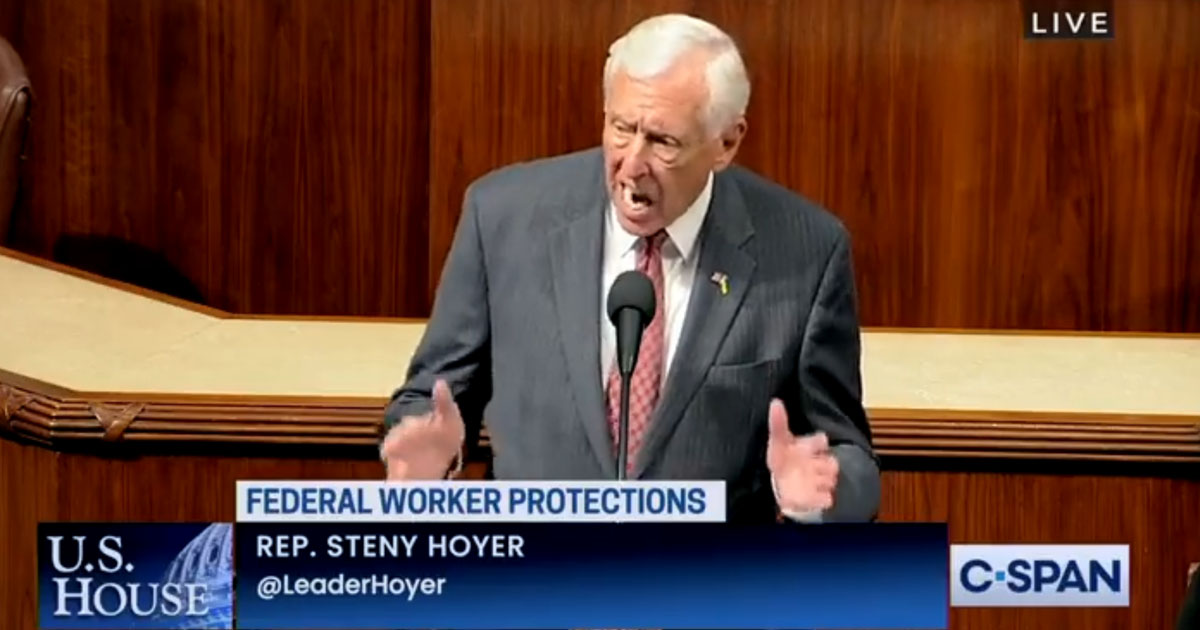 Rep. Steny Hoyer (D-MD) bizarrely indulged a popular right-wing conspiracy theory during a speech on Thursday, praising the “Deep State” as a “cadre of professionals dedicated to honoring the Constitution and the laws of this country.”

“[Republicans] have made it quite clear they want to eliminate what they call the Deep State,” Hoyer declared. “The Deep State is a cadre of professionals dedicated to honoring the Constitution and the laws of this country, and carrying out the policies of the Congress and the president.”

“By the way, it is the Congress that makes policy,” Hoyer shouted, rapping loudly on the lectern with a closed fist. “Under the Constitution, under Article 1, it is the executive that carries out policies.”

"[Republicans] have made it quite clear they want to eliminate what they call the Deep State. The Deep State is a cadre of professionals dedicated to honoring the Constitution and the laws of this country." pic.twitter.com/cYrvjvDbs8

Wikipedia claims “According to a discredited American political conspiracy theory promoted by Donald Trump and his supporters, the deep state is a clandestine network of actors in the federal government, high-level finance, and high-level industry operating as a hidden government that exercises power alongside or within the elected United States government.”

“A deep state involves more than an array of vested interests,” Duke professor Timur Kuran told Rolling Stone. “It involves vested interests that are coordinated by a powerful agent and that obey a hierarchy.”

It is unclear why Hoyer has chosen to embrace right-wing conspiracy theories that have been “debunked” by corporate journalists and left-wing activists.