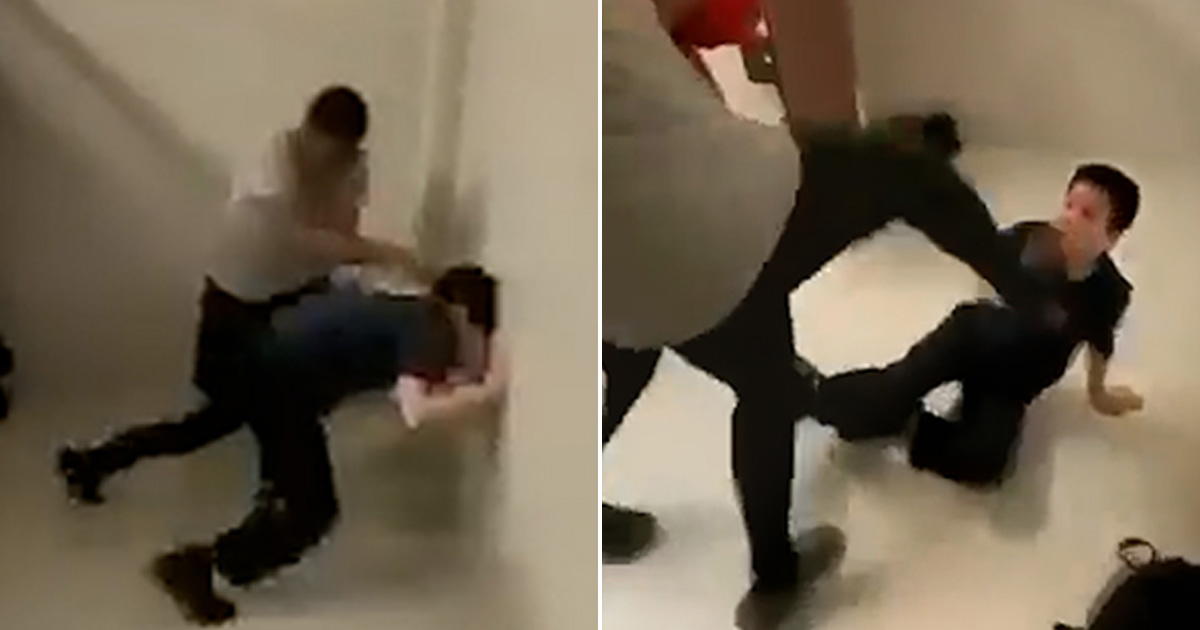 Viral video of a horrifying high school assault seen millions of times on social media was misidentified by Tucker Carlson and other media as stemming from a violent incident in Texas. Though that event did happen, and video has since surfaced, the source of the viral video that aired on Fox News remains a mystery.

The viral video shows a young student being brutalized in a high school bathroom. A white student’s head is slammed into a wall by a black teenager who appears older. The assailant then kicks the victim while he is already on the ground, and as the smaller boy begins to stand up, the attacker kicks him squarely in the chest.

Warning: Content may be graphically disturbing to some viewers.

Confusion among reporters appears to have began when sleuths learned that a suspect was been arrested for similar sounding a high school bathroom assault in Texas.

In that incident, a white student was seen on video being brutally beaten by a black student. However, the students seem older, and the video seems more consistent with media reports suggesting the victim suffered serious injuries necessitating a visit to the hospital.

Multiple students are seen watching the violent incident, and none of them attempted to stop the assault or help the victim. It’s now been revealed that the suspect has had previous encounters with law enforcement, and was only recently released from a juvenile detention facility.

Though Carlson showed the other, mysterious video, a source with knowledge of the school district confirmed to Valiant News that the below video is the incident he covered.

Warning: Content may be graphically disturbing to some viewers.

Video of another brutal beating that allegedly took place at a high school in Beaumont, TX

This needs to end
pic.twitter.com/M4c8a8Ddsp

Prior to Carlson’s coverage, the Beaumont Independent School District in Southeast Texas acknowledged the incident occurred in a West Brook High School bathroom, and confirmed it’s acted “to the fullest extent” to discipline the students involved, according to local news outlet KFDM.

Beaumont ISD wrote that it “is aware” of the videos and “violent incident” and declared the “behavior is unacceptable and these acts of violence displayed will not be tolerated.”

More details soon came to light from Beaumont Councilman Mike Getz, who was recently tapped to become a “BISD Ambassador” for the school and revealed that the suspect has a previous criminal history despite his young age.

“I was asked to be a BISD Ambassador,” wrote Getz in a Facebook post on Saturday, adding that “Being a BISD Ambassador does not mean that you have to put blinders on and live in a world of unicorns and rainbows.”

He added, “BISD failed” the victim of the assault “because it did not provide him a safe” school environment. Apparently the district failed to uphold an existing policy that requires adults to monitor bathrooms when the incident occurred, Getz explained.

Getz confirmed the suspect was arrested and “likely be charged with robbery in addition to assault” and “hopefully” will be prosecuted as an adult. He also revealed the suspect has previous arrests on his record and suggested that he was allowed “back on campus” after a “short stay” in a “juvenile detention facility.”

After Carlson misidentified the footage, the district released another statement pushing back on the claim it was indifferent about the safety of its students.

“We acknowledge that a similar incident occurred and a video is circulating our community and agree that the behavior displayed is unacceptable,” the district wrote in a statement, per KFDM. “The news story suggests that the attacker was permitted to continue attending school and that BISD is indifferent to student safety,” they added, “This is false.”

Conservatives have decried the event, with some calling on parents to homeschool their children, others citing the case as an example of the national media’s racial hypocrisy, and still more deriding public schools for devolving into violence.

Violent, hate-filled predators are loose in our public schools. And “the system” again puts innocent children in danger… https://t.co/x4bkrJVneV

“This kid could have died,” wrote another user. “This is insanity.”

A third added, “If this were white kids beating on a black kid, it would be headline news. This is truly sickening.” 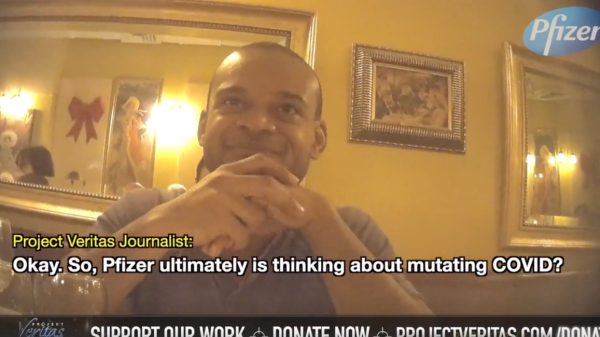 A Pfizer employee claimed the company is working on mutated viruses, and claimed that the Covid-19 virus leaked from a lab