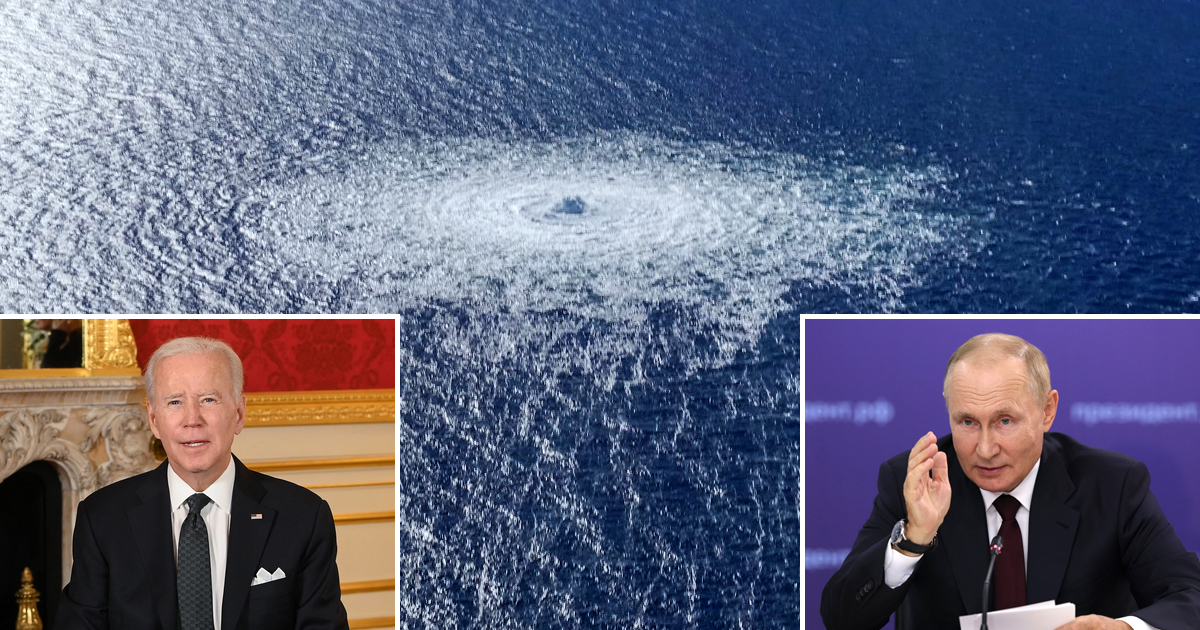 Suspicions that the Nord Stream gas pipelines have been “sabotaged” are circulating after images released by the Danish military on Tuesday appear to show geyser-like natural gas eruptions in the Baltic Sea.

Video has now emerged from multiple sources, including Denmark’s military, which released a video from helicopter view purportedly showing leaking pipelines in the ocean, with the largest disturbance spreading across over 1,000 meters, or about 3,300 feet.

The Nord Stream 1 and Nord Stream 2 gas pipeline systems were intended to transport natural gas from Russia to Europe, with each system being made up of two separate pipelines. Three out of the four pipelines are currently experiencing leaks, Danish and Swedish officials say.

On Tuesday morning an explosion measuring 2.3 on the Richter scale was reported a seismologist at Sweden’s Uppsala University named Björn Lund on Monday night, prompting some to suspect that the leaks were deliberately caused.

“The destruction that happened within one day at three lines of the Nord Stream pipeline system is unprecedented,” said Nord Stream AG.

Danish prime minister Mette Frederiksen called the leaks “extraordinary” and added that it would be “difficult to imagine” that the heavy damage was coincidental. Both German and Russian officials have also said that they are not ruling out “sabotage,” reports say.

In February of this year, US President Joe Biden warned that America would “bring an end” to the Nord Stream pipeline systems if Russia invaded Ukraine.

After video of Biden’s remarks resurfaced online following news of the pipeline leaks, some users online have speculated that the destruction of the Nord Stream pipelines were caused by the U.S.

Now as citizens come around to what is going on with energy prices, and why on earth they are paying so much out of pocket for a small border dispute thousands of kms away, the US have taken it one step further, and have appeared to have directly sabotaged the pipeline. pic.twitter.com/WSnKX9Li6D

“”If Russia invades, that means tanks or troops crossing the — the border of Ukraine again, then there will be no longer a Nord Stream 2. We will bring an end to it,” Biden told reporters of the situation.

“But how will you do that, exactly, since…the project is in Germany’s control?” a reporter asked the president.

“I promise you, we will be able to do that,” Biden retorted.

The United States regime is a threat to stability and prosperity and sovereignty around the world and it's not even trying to hide the fact anymore. Americans must learn to see the relationship between themselves and their government as Russians under Bolshevism. https://t.co/MVTvfv4vTb

The Nord Stream leaks are expected to further intensify Europe’s already severe energy crisis that was sparked by the the European Union’s response to the 2022 Russian invasion of Ukraine, and desire to achieve climate goals by doing away with readily available fossil fuels.