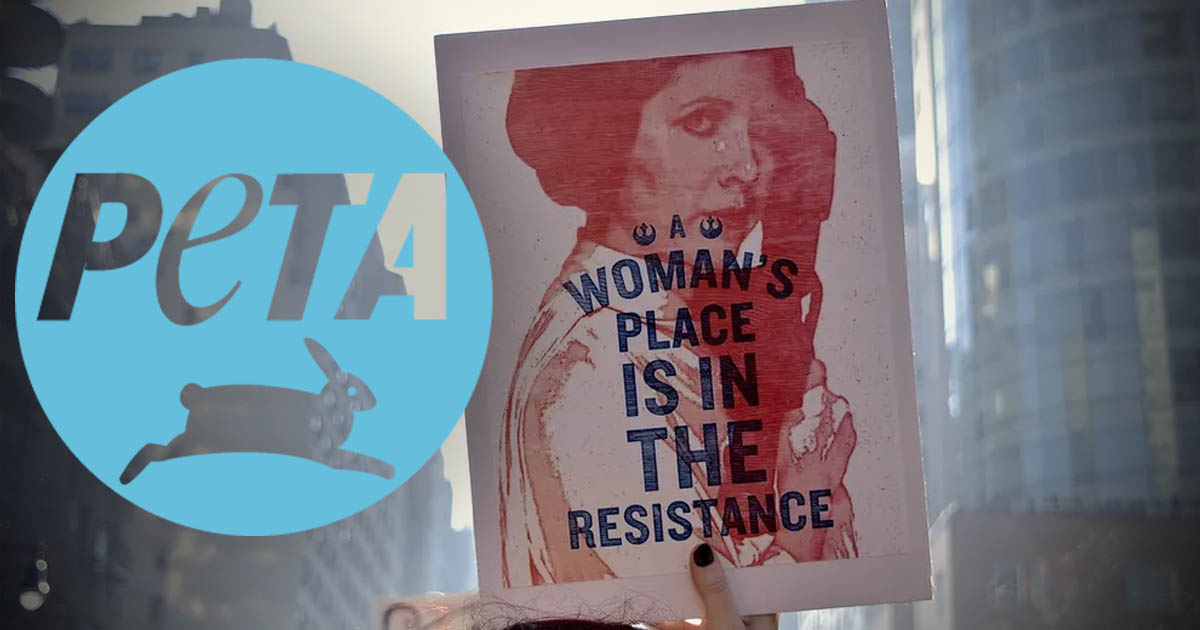 Radical vegan activist group PETA has suggested that women go on a sex strike against men until they stop eating meat and become vegan.

Peta Germany first proposed the sex strike earlier this week, before it was adopted by the international branch of the organisation on Friday. The radical group, which has a litany of controversies to its name, slammed “suburban men” who “prove their masculinity” by grilling meat on barbecues.

Daniel Cox, the director of campaigns at PETA Germany, claimed that when vegans bring meat alternatives to a cookout, such as zucchinis, the vegetables are treated with “suspicion,” and at best, only “reluctantly” tolerated by the men in charge.

The group cited a study published in the journal PLOS ONE, which claimed that male diets contributed to 41% more greenhouse gas emissions than women, mainly due to their consumption of meat. The study however only looked at diets of British citizens.

“Men need to take accountability for their actions,” PETA said in a statement. “Now that research shows that their impact on the climate is so disproportionately large, they should take steps to rectify that.”

In order to push men to become vegan and change their ways, they demanded that women should go on a sex strike with men. The idea of women withholding sex for political gain has been around since the time of the anicent Greeks, with women in Aristophanes’ play Lysistrata ending the Peloponnesian War by doing so.

The German branch of PETA went even further, suggesting that all men should also pay a meat-eating tax of 41%, equivalent to their average increase in greenhouse gas emissions. They also noted that if more children were not born as a result of the sex strike, that would be a good thing, as it would save an average of 58.6 tons of carbon dioxide emissions per year per child.

Speaking to Times Radio, Dr Carys Bennett from PETA said that the “science speaks for itself,” and that switching to veganism will somehow not only stop deforestation and pollution, but also pandemics.

"Men have a 40 percent higher carbon footprint because they're eating more meat than woman."

Women in Germany are being told to stop having sex with their husbands and boyfriends until they stop eating red meat. Dr Carys Bennett from PETA explains on #TimesRadio. pic.twitter.com/6B9jlFn1Pl

British Conservative MP Alicia Kearns slammed PETA for their “sexist assumption that men eat meat and women don’t,” adding that it fed into “all the worst narratives of the nineties that women just use sex, it’s not something they enjoy, and that they should use it as a tool against men.”

Speaking to Sky Australia, Laura Weyman-Jones, the marketing manager for PETA Australia suggested that they “don’t really care about your sex lives,” and that the statement was simply a “conversation starter,” which people should take “with a bit of humour.”

She later admitted that she didn’t know if the original German release was meant to be serious, and was not aware that the post was a press release. Host Tom Cornell suggested that PETA would not be taken seriously in future following her admission.