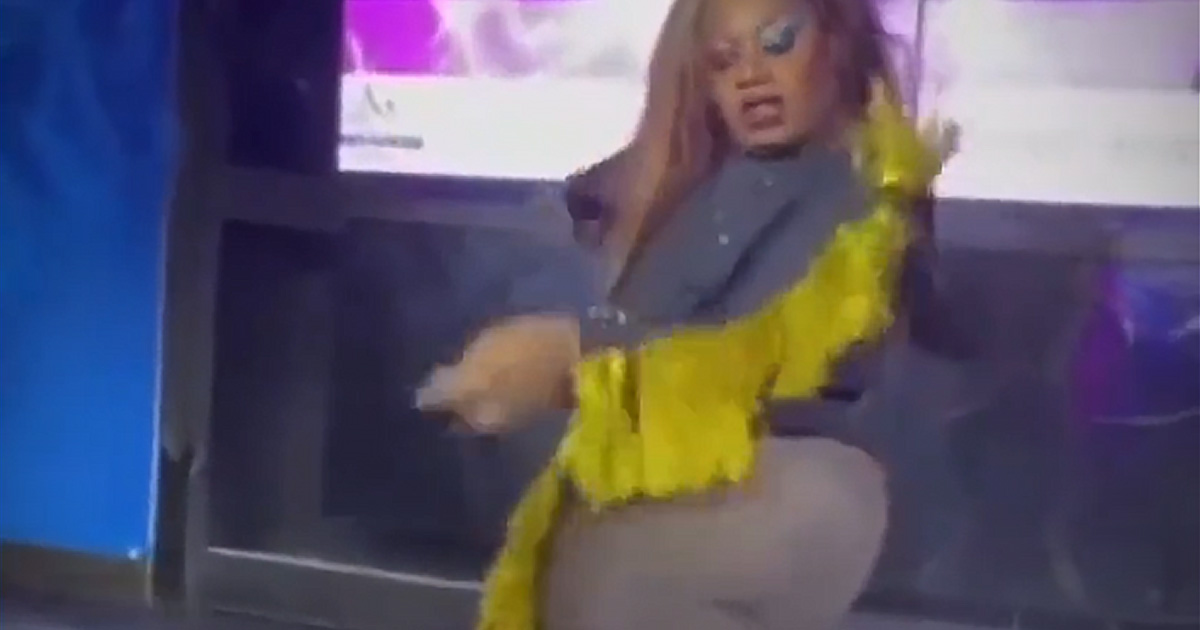 A male-to-female drag queen is dead after collapsing on stage while performing in a Philadelphia bar, local media and his mother confirm.

Known as “Philadelphia’s Plus Size Dancing Diva,” the overweight Valencia Prime collapsed on stage and died during his “Prime Time” performance at the Tabu Lounge on September 12, reported the Centre Daily Times.

One witness recounted that “it happened so fast,” while another performer told 6 ABC that “Paramedics were on the scene” but the Prime “was unresponsive.”

Original media reports seemed to indicate Prime identified as a male, but new reports claim Prime was a transgender woman who continued to perform as a drag queen.

The media reports that “Prime’s cause of death as Atherosclerotic Cardiovascular Disease,” a form of heart disease, and that Prime’s death is considered natural. A cursory web search seems to suggest the diagnosis may be related to obesity.

The Mayo Clinic explains that “Atherosclerosis is the buildup of fats, cholesterol and other substances in and on the artery walls.” This buildup, or “plaque,” in turn “can cause arteries to narrow, blocking blood flow.”

Worse, “The plaque can also burst, leading to a blood clot.” Mayo adds that “Atherosclerosis can be treated” and “Healthy lifestyle habits can help prevent atherosclerosis.”

While there are often no chronic symptoms from the disease, acute symptoms include chest pain or pressure, known as angina, and could also include sudden numbness or weakness in the arms and legs, difficulty speaking or slurred speech, temporary partial vision loss, or drooping muscles.

Friends and colleagues of Prime commented on the performer’s abilities and prominence in the Philadelphia drag community, suggesting Prime was well respected in the field.

This community has suffered so much loss in the last few years. Valencia Prime was a talent and a delightful person. Rest in power, babe. pic.twitter.com/oK9vFgpcP6

Another friend wrote on Facebook, “I mourn for my friend, but also for the loss the gay community has suffered” and added, “She was a pivotal influence and will forever be remembered as ‘Philly’s Plus Size Queen.'”

Prime’s mother also took to Facebook to mourn her child, writing that 25 years ago, “I gave birth to my 2nd child and today, I’m making funeral arrangements.”

Spread the love
In this article:Commentary, Drag Queen, Featured, Philadelphia