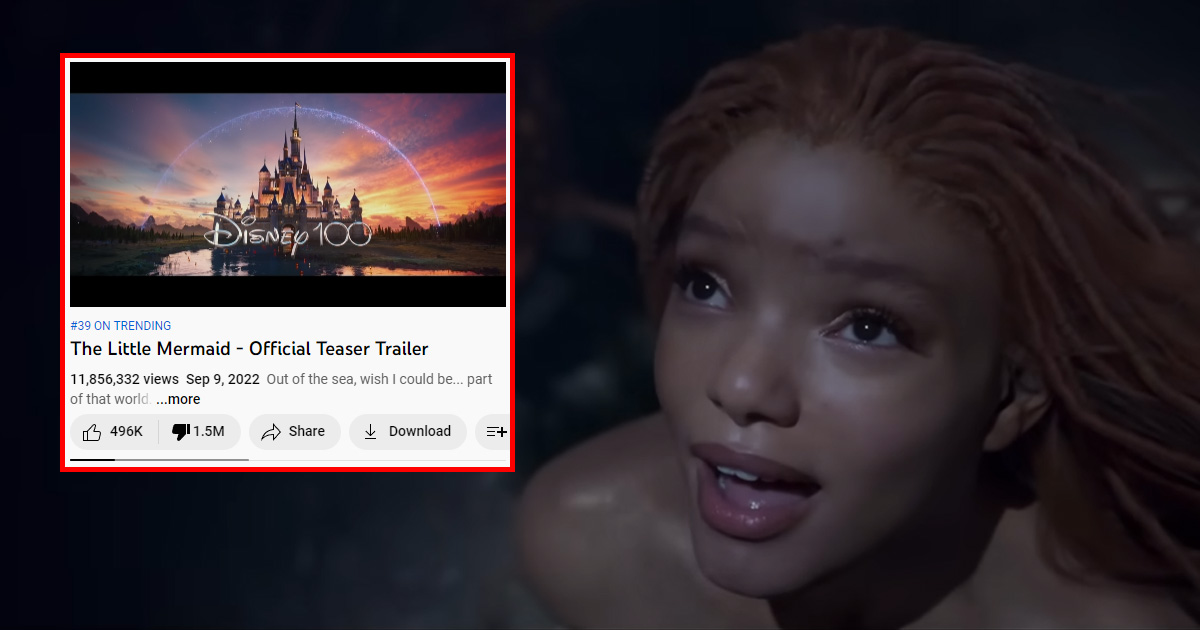 Disney’s trailer for their new adaptation of “The Little Mermaid” featuring singer and actress Halle Bailey as “Ariel” has received extremely low marks among users and critics on YouTube.

While YouTube’s current configurations do not typically allow users to view the “dislike” count on videos posted to the platform, an internet extension can provide those numbers.

Currently, the modern adaptation of the childhood classic has received a staggering 1.5 million dislikes on YouTube as of the publication of this article.

Valiant News was able to independently confirm the number of dislikes on the video by using a browser extension, despite YouTube’s decision to remove public assess to the dislike count in December of last year. 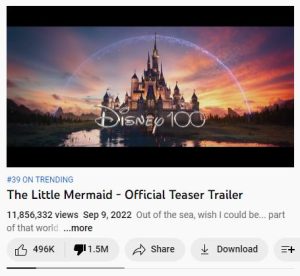 The live-action remake film appears to notably differ from its 1989 cartoon original, as the main character – a mermaid – was portrayed as a white woman with blue eyes and red hair.

Online defenders of the new Disney film have claimed that the millions of dislikes were dished out by “racists” and “white supremacists” who allegedly take issue with the prospect of “Ariel” being portrayed by a black woman of color.

“The only reason this is getting flak is because the main lead is now of African American descent. It’s extremely disgusting how alive racism and prejudice is in this world,” tweeted user @BedsideGamma in defense of black “Ariel.”

That's a lot of racist bigots.

“Why is it actually that big of a deal to cast a black actress? Like you weren’t gonna watch this film anyways and it doesn’t change the original. I hope from now on every white character you enjoy becomes a poc in some remake fuck u,” tweeted user @abbywabby492.

this is racially motivated idc, out of all the fucking Disney remakes THIS is the one y’all finally decided to take a stand on? Please https://t.co/viKA8tQteD

idc what yall say
this is racially motivated af https://t.co/JHObbqZVxv

However, critics have repeatedly argued that they are not racist, claiming that many people may just be sick of “woke” Disney movies and live-action remakes.

Reasons that have nothing to do with the dislikes:
1. Racism.

In related news, a handful of Disney employees were caught up in a massive human trafficking operation and arrested by Florida law enforcement this week, Valiant News reported.

During a press conference after the arrests, Sheriff Grady Judd suggested to the media that capturing Disney employees for human trafficking crimes was a typical occurrence, and added that “we always have Disney employees.”