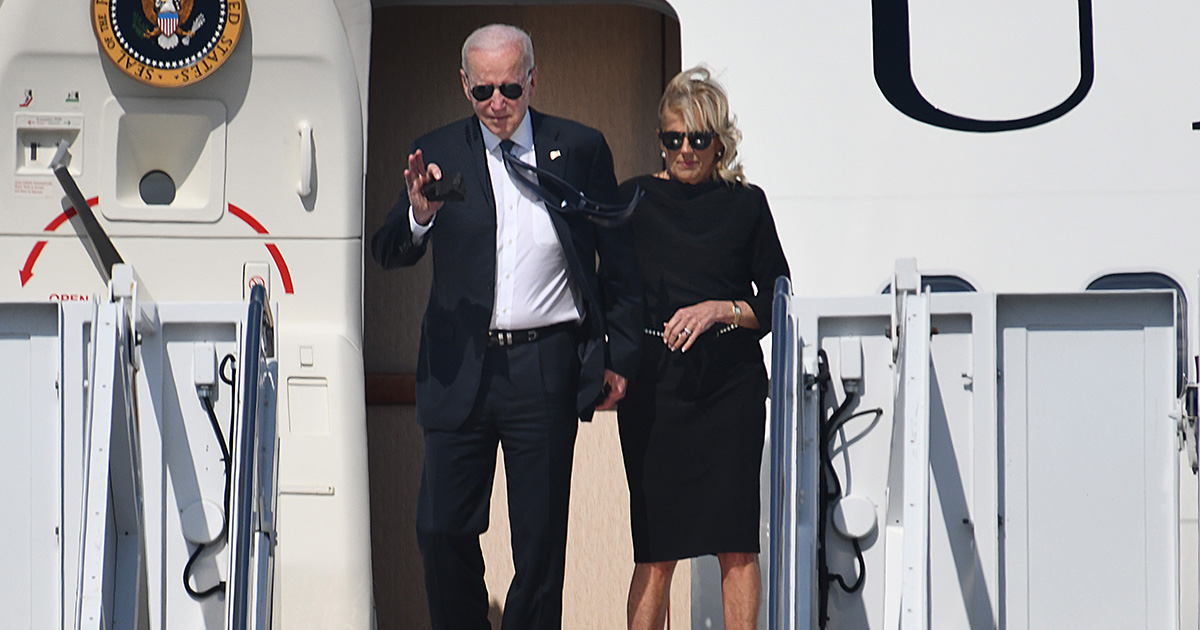 Joe Biden and Jill Biden depart Air Force One in May, 2022

Many note that the high inflation number came even despite the Biden administration’s best attempts to keep the price of gas as low as possible, bringing it to a national average of around $4, down from previous all-time highs of $5.

The costs of goods and services tracked by the Labor Department’s Consumer Price Index also rose by 0.1% in August compared to July, and “core inflation, which excludes volatile food and gas prices, rose 6.3%” compared to last year, reported the New York Post.

Consumer price index hits 8.3% in August. The inflation is through the roof still had a 40 year high. pic.twitter.com/a2soOeeOTl

The bad economic outlook will place higher pressure on the Federal Reserve as it continues its attempts to stabilize the economy, and may increase the likelihood of another interest rate increase before the end of the year.

The Post reports that some expect the Fed to announce a “super-size” rate hike in a move that would almost certainly slow inflation, but may also temporarily slow the economy and further spur it into recession only months before an election.

While politically damaging for Biden and the White House, the news fundamentally means that Americans continue to be forced to pay more for basic necessities including rent, food, and gasoline.

Fox Business notes that while all Americans are burdened by the continued economic downturn, the pain is disproportionately felt by lower income Americans and those on a fixed income.

Still, officials have yet to officially declare the U.S. economy to be in a recession.

This is a breaking news story and may be updated with more information as it becomes available.