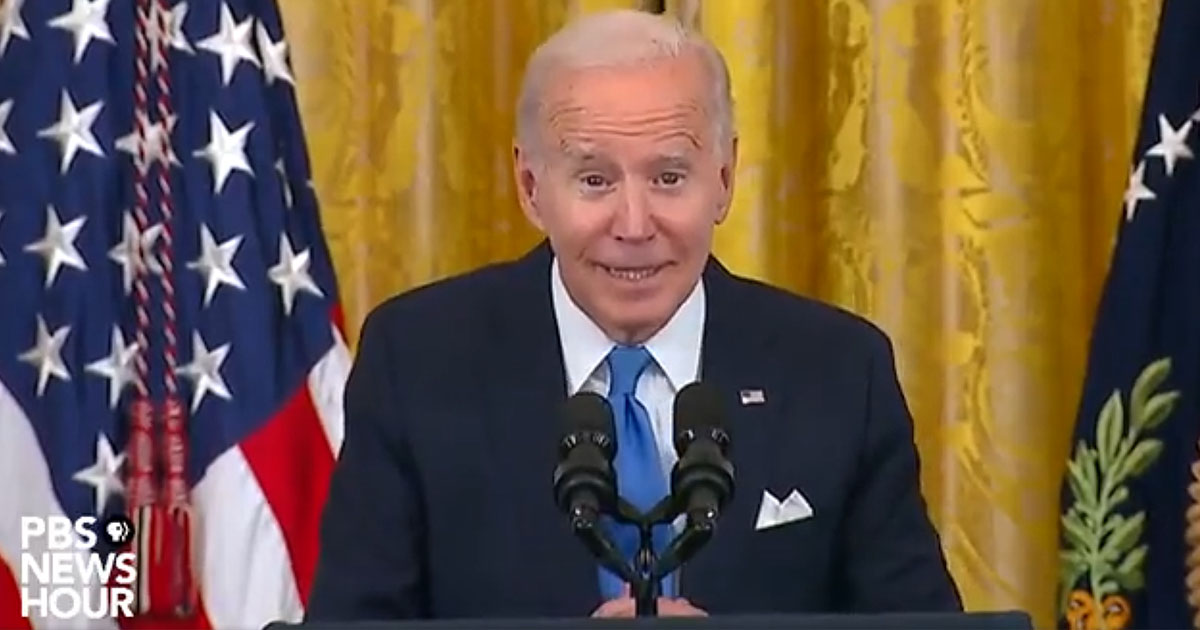 While hosting a reception for Hispanic Heritage Mont, President Joe Biden told members of the audience that “maybe some of you” came to the United States illegally, then declared “y’all were here before we were” in a seemingly contradictory statement.

“Can you imagine? Maybe some of you were dreamers,” Biden said. “It’s like your – why don’t what, people expect to say when your mom’s taking you across the Rio Grande to say, ‘No mama, I’m stayin’ here, I’m not goin. I’m gonna make my choice.’ C’mon.”

"Maybe some of you were dreamers." pic.twitter.com/Cjujz4h6Fr

Later in the speech, Biden switched and gears and told the audience that instead of immigrating illegally, they have been in the US longer than “we were.”

Biden: "Hispanic history is American history. As a matter of fact, as they say, 'YALL were here before we were.'" pic.twitter.com/n24EgWVSyu

Biden’s speech comes as his poll numbers among Hispanics have sunk to record levels, and increasing numbers of Hispanics have indicated that they plan to support Republican candidates in upcoming elections.

During a speech earlier this week at the White House Conference on Hunger, Nutrition and Health, Joe Biden appeared to search for Representative Jackie Walorski in the audience, despite the Indiana congresswoman having passed away at the start of August.

Related  Elon Musk Won't Reinstate Alex Jones To Twitter, 'Trump Decision Has Not Yet Been Made'

Walorski died in a car accident in August aged 58, along with Zachery Potts, 27, a member of the St Joseph County Republican Party, and her communications director Emma Thomson, 28.