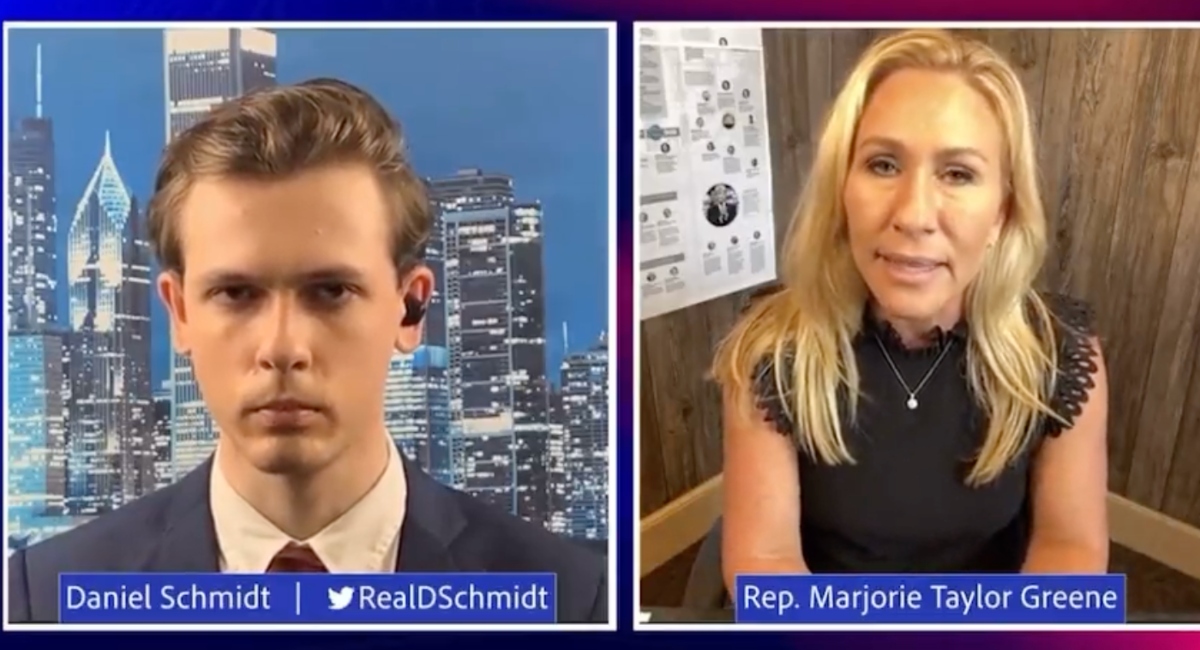 White men are the “most persecuted identity” in the United States, according to outspoken pro-Trump Republican Rep. Marjorie Taylor Greene.

During an interview with young conservative Eric Schmidt, Greene argued that “woke” corporations prefer to hire employees who are not white males, adding that young white men in particular are usually placed at the “bottom of the list.”

“I believe that white men are the most persecuted identity in America,” Rep. Greene explained, acknowledging that people struggle in life no matter what they look like.

“That’s a bold statement to make, but I’ll break that down for you, and the reason why I say that, and many people have a hard time in life, and that’s just life. We all struggle, right? There is no one that has a free pass. Life is a struggle no matter who you are or whatever your identity is,” she added.

Marge Greene: “White men are the most persecuted identity in America.” pic.twitter.com/ddIkbxFk27

“But let’s talk about why white men, and young white men in particular, are really, they’re put, you guys are put bottom on the list of so many things. And it started a long time ago.”

“In major corporations, especially woke corporations, white men are passed over for any kind of promotion or even for being hired in the job place because they have to fulfil their minority quotas,” Rep. Green said.

Marge Greene: “In major corporations, white men are passed over for any type of promotion or even being hired in the job place … It’s about identity, and the white male identity is pushed to the bottom of the list.” pic.twitter.com/P6ndlX5wAs

“They don’t hire based on job ability or past experience, or even someone’s character, and ability to train them or do the job you’re hiring them for,” she continued. “No, it’s about identity, identity, identity, and the white male identity is pushed to the bottom of the list.”

Rep. Greene further explained that young white men are increasingly vilified on television and movies, academia, music, and through “our entire culture,” adding that the phenomena has created an environment of “hopelessness.”

“What does everything tell you guys, through Hollywood, through books, through music, through our entire culture, is that ‘white men are bad. White men, you know, they’re bad. They need to be pushed to the back. They shouldn’t be listened too.’,” Rep. Greene said.

“But what that’s done to your generation, and even a little, some of those older than you and most definitely younger than you, is it has created hopelessness in many of these guys. They’re lost. They grow up in a broken home, or maybe just a really bad home. No one is there for them as they’re growing up,” Rep. Greene said.

“They spend time, hours and hours alone,” Rep. Greene continued. “They don’t have an after school job when they’re in high school. Maybe they don’t probably play a sport, so they’re spending hours and hours of time alone which turns them to all kinds of bad things.”