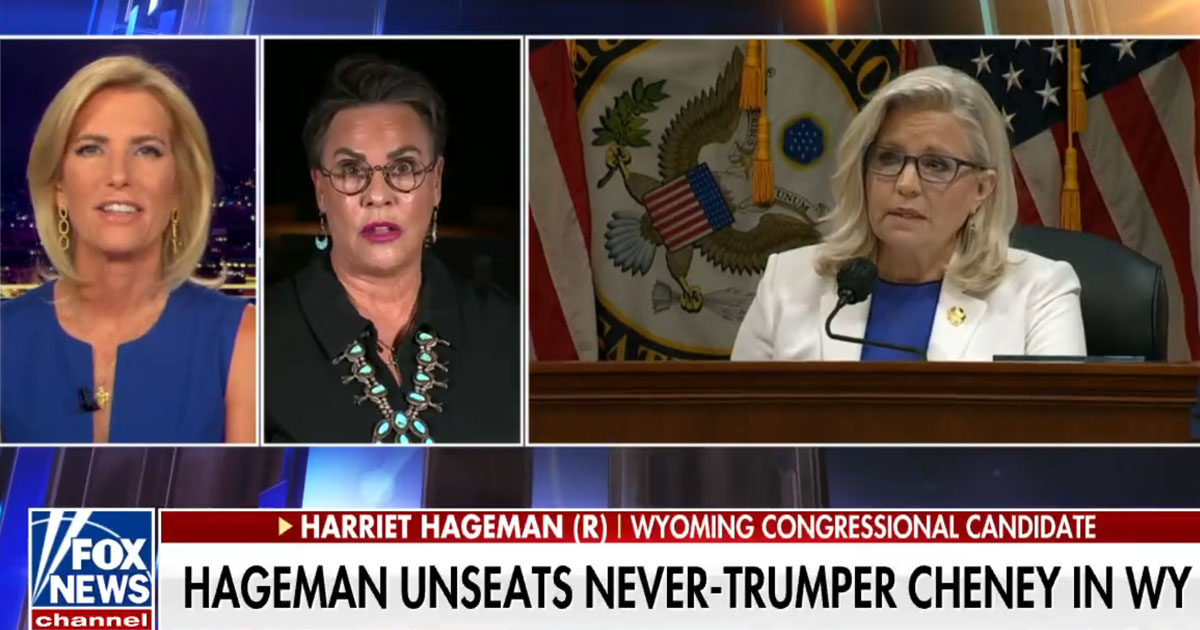 In her concession speech after losing by more than points, Cheney railed against Trump’s “election lies” and “conspiracies,” dedicating most of her speaking time to attacking a man who was not her GOP primary opponent.

“It doesn’t surprise me that she would revert to those same old talking points, because that’s really in large part what got her defeated,” Hageman said.

Hageman stated “Wyoming is entitled to have a representative that represents our interests, that listens to us, that addresses our issues. That isn’t Liz Cheney, and the fact that that’s where she went back to with her speech tonight I think that demonstrates that she really isn’t listening to Wyoming now, she hasn’t for quite some time, and that’s why we needed to replace her.”

“We need to have a representative in Wyoming who listens to us,” Hageman concluded.

“Congratulations to Harriet Hageman on her great and very decisive WIN in Wyoming,” Trump wrote in a post on Truth Social on Tuesday. “This is a wonderful result for America, and a complete rebuke of the Unselect Committee of political Hacks and Thugs.”

“Liz Cheney should be ashamed of herself, the way she acted, and her spiteful, sanctimonious words and actions towards others,” he continued. “Now she can finally disappear into the depths of political oblivion where, I am sure, she will be much happier than she is right now. Thank you WYOMING!”