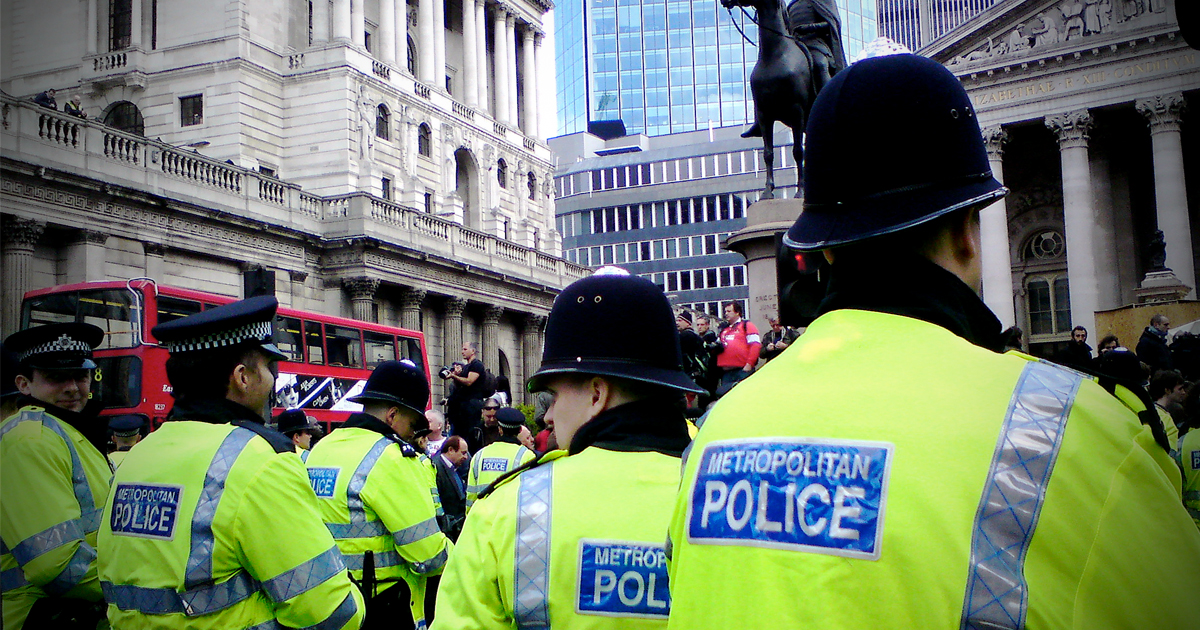 British police have been instructed to no longer record or investigate “trivial or irrational” online disputes reported as non-crime hate incidents.

Non-crime hate incidents could be reported by a “victim” or any witness who felt offended by something that did not break laws on hate speech or online posting, and they were recorded irrespective of whether there was any objective evidence of hate to begin with. The incidents could range from an offhand remark, to an argument about sensitive political topics on Twitter.

Such incidents do not show up on the normal criminal record, but would do on an enhanced background check. Police forces have not been required to tell somebody when a non-crime hate incident has been placed on their record, meaning tens of thousands of people in the UK likely have no idea they have one.

In December last year, the Court of Appeal ruled in favour of Harry Miller, a former police officer who had a non-crime hate incident recorded against him for retweeting an allegedly “transphobic” limerick. The Court determined that it was “plainly an interference with free speech” to have the incident placed on Miller’s record, and the records of others.

As a result of the ruling, new interim guidance from the College of Policing severely restricts British police from cracking down on legitimate debate online. The guidance, which will be in place until the Home Office publishes a new code of policing later this year, says that officers should respect free speech, and focus on catching real criminals.

“The public rightly expect the police to focus on cutting crime and bringing criminals to justice,” said Andy Marsh, chief executive of the College of Policing.”

“While we work to protect the most vulnerable in society, we also have a responsibility to protect freedom of speech,” Marsh added. “This updated guidance puts in place new safeguards to ensure people are able to engage in lawful debate without police interference.”

NCHIs are a threat to #FreeSpeech. The College of Policing's original 2014 guidelines defined NCHIs as incidents “perceived by the victim or any others to be motivated by hostility or prejudice”. Around 20,000 NCHIs have been recorded per year since then.https://t.co/79ph0FJqoc

Police will continue to act when there is evidence of criminality, but the code now dictates that any “trivial or irrational” hate incidents must not be recorded, or if there was “no basis to conclude it was motivated by hostility.”

The code further notes that “individuals who are commenting in legitimate debate, for example, on social or political issues, should not be stigmatised simply because someone is offended.” If officers think it is necessary, they should try and avoid recording names or locations of the incident, the code concludes.

“The police regularly deal with complex incidents on social media,” Marsh said. “Our guidance is there to support officers responding to these incidents in accordance with the law, and not get involved in debates on Twitter.”

Deputy Chief Constable Mark Hamilton, the National Police Chiefs’ Council lead for hate crime, maintained that it was still important to record and respond to non-crime hate incidents, “given the impacy they can have on individuals, communities and families.” Hamilton did not detail what the supposed impacts of non-crime were.

“It is essential that the harm caused by such incidents, and the motivation they can have on others, are recognised,” he continued. “At the same time, we must make sure that our responses are proportionate, so that human rights freedoms are protected, while also safeguarding members of the public.”

The Free Speech Union, run by conservative commentator Toby Young, which supported Miller in his case, has included on their website a way to find out if you have a non-crime hate incident attached to your record, along with a method of removing it.

Valiant News reported in April that guidance from the National Police Chief’s Council said that transgender officers born as male must be allowed to strip-search women, with the potential for non-crime hate incident being recorded if the women object. It is unclear how the most recent guidance will affect this.