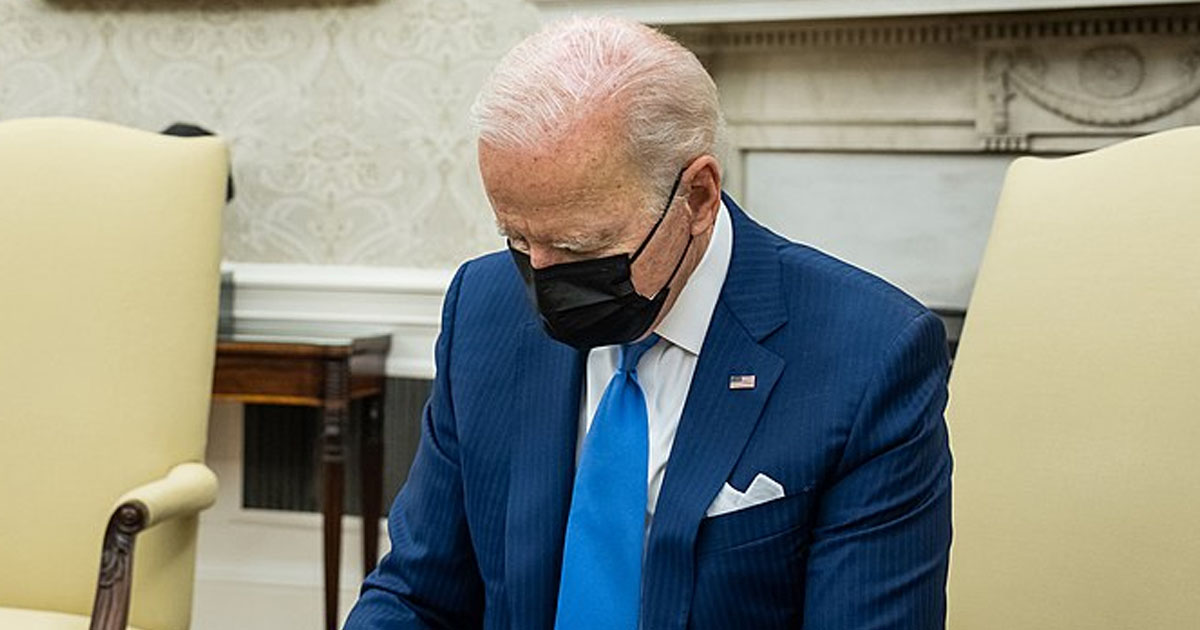 The hashtag #BidenDestroysAmerica is currently trending on Twitter following the Biden administration’s latest public relations gaffe – attempting to redefine the meaning of “recession” after two consecutive quarters of economic contraction.

The cost of goods and services have increased at levels unprecedented in recent history under the Biden administration, prompting officials to variously blame Russia, families who want “a check for 8 grand from the government,” and those deemed too ignorant to be able to afford electric vehicles.

The Democrats are showing Americans that they will take everything from you if you vote blue. #BidenDestroysAmerica

Saw this in a parking lot today. Speaks volumes of our leftists redefining everything. #BidenDestroysAmerica #BidenWorstPresidentEver #VoteThemOut pic.twitter.com/qaoieaJsxV

I wake up, look at Twitter and the first thing I see trending is #BidenDestroysAmerica.

I can’t understand why we are in a recession but Ukraine has been sent billions of our money and that dude and his wife who run the country are on the cover of vogue in designer clothes. I cant buy clothes right now & plan carefully when I buy food. #BidenDestroysAmerica

Please. Do yourself and all of us a favor and just, DON'T TALK.

The Biden regime’s redefining of recession is so unpopular that it was even pushed back against on left-wing cable network CNN.

“It's been two quarters in a row of negative GDP growth. I mean that is an ugly fact and traditionally, that has been the colloquial way a recession has been defined" pic.twitter.com/rOtTdho9uD

Speaking to liberal hosts of The View on Thursday afternoon, White House Press Secretary Karine Jean-Pierre denied the reality that the U.S. is in a recession, and instead claimed that “we are in a transition.”

Related  Biden Tells Latinos 'Some Of You' Are Illegal Migrants, Then Says 'Y'all Were Here Before We Were'

“What we’re seeing, is that we are in a transition. We had this strong economic growth because of the work that this president has done in the past 18 months,” she said.