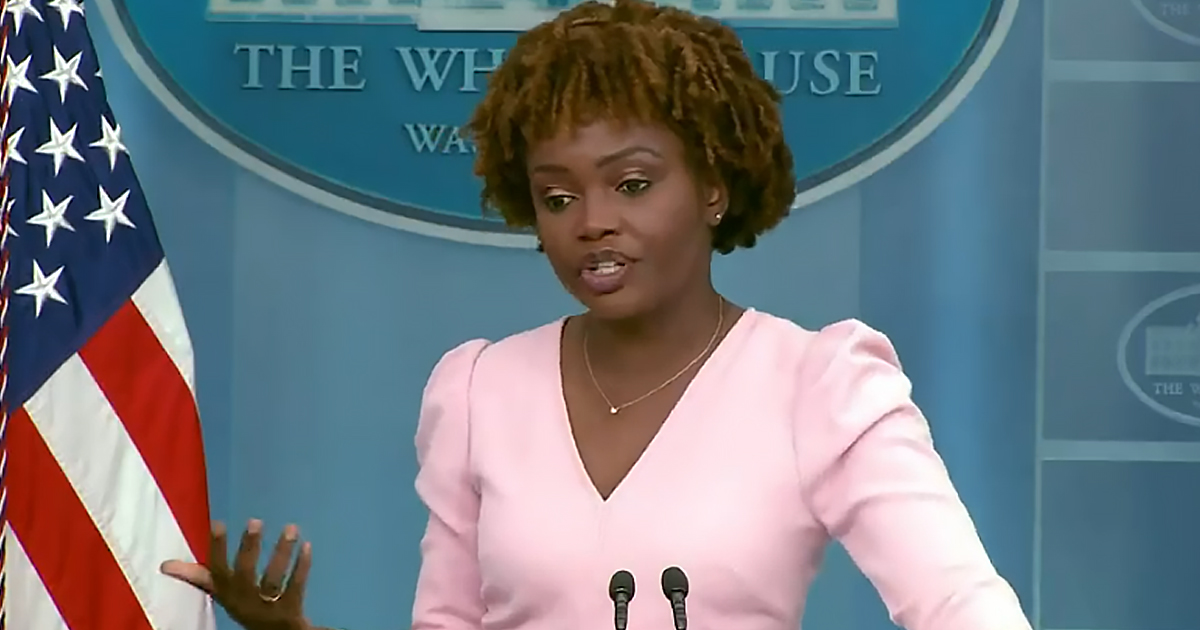 White House press secretary Karine Jean-Pierre, who regularly reminds the public she is a black, lesbian immigrant from Haiti, on Monday said that due to the “economic, historic gains that we have made under this president,” Americans are “well-positioned” to face record inflation, rising gas and food prices, and worsening overall economic instability.

Jean-Pierre appeared to look confused about the question, though at the time it was asked, the NASDAQ was already falling, the Dow Jones Industrial Average was down -876.05 at 30,516.74, and the S&P was preparing to close the day in bear market territory — all as most economists expect the country to enter a recession next year.

“All the gains from President Biden’s time in office have been wiped out,” Doocy clarified.

With a deep sigh, Jean-Pierre replied, “As you know, we’re watching, we’re watching closely.” She added, “We know families are concerned about inflation in the stock market, that is something that the president is, is really aware of.”

“And so, look, we face global challenges. We’ve talked about this, uh, this is, we’re not the only country dealing, uh, with what we’re seeing at moment as it relates to inflation,” she added, putting the blame on COVID-19 and Russian President Vladimir Putin.

Then, Jean-Pierre said that because of the Biden administration, Americans are very well off and will be able to handle the worsening economy.

The remarks come as Biden’s approval rating drops to 39%, hitting a new low for the administration, according to the left-leaning poll aggregation website FiveThirtyEight.

According to federal election officials, Biden was the most popular presidential candidate in American history, receiving a staggering vote count totaling over 81 million in the 2020 election. Biden’s supporter base dwarfed that of the most recent Democrat president, Barack Obama, who also broke records in 2008.

However, Biden’s massive voter coalition appears to have shrunken significantly since his inauguration, with the White House becoming one of the most universally disliked administrations in American history.