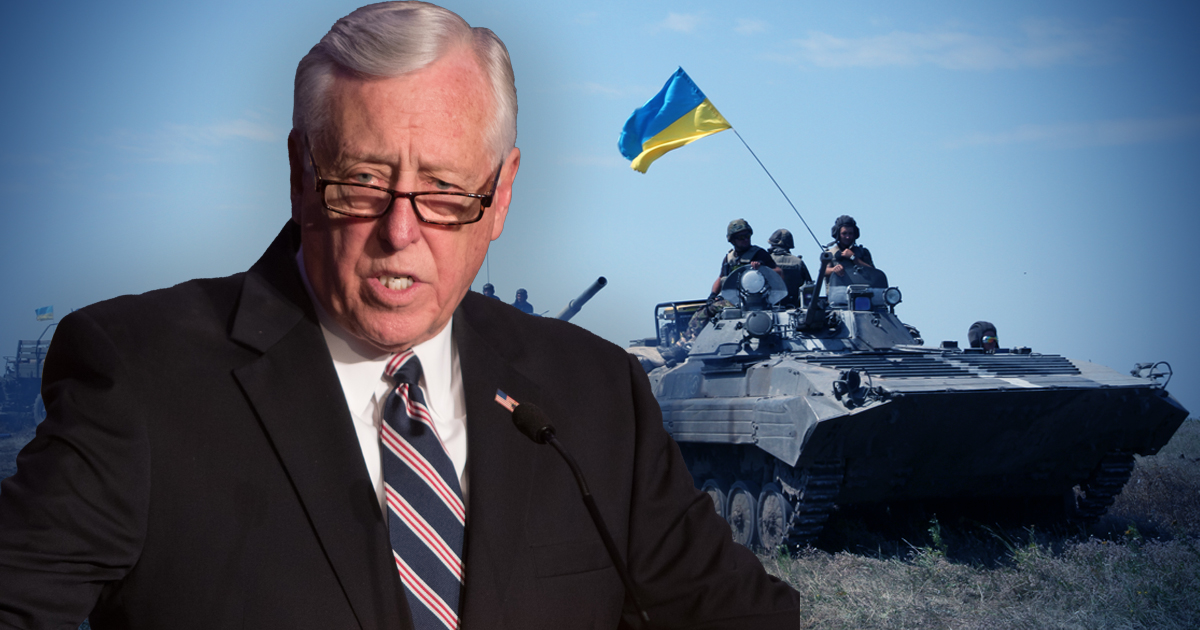 House Majority Leader Steny Hoyer declared during a Congressional debate that the United States of America is “at war” with Russia.

Representative Hoyer of Maryland spoke on the House floor on Friday, saying that fellow politicians should stop debating about the nitty-gritty of who was to blame for the gas crisis, and instead put attention directly on Russia. “I wish we’d get off this and really focus on the enemy,” Hoyer said. “I know there’s a lot of politics here, but we’re at war. We need to produce energy.”

Hoyer repeated again that the America was “at war” with Russia, and argued that during a “time of war,” people should stop “blaming our own President” for his failures in office.

Hoyer argued that Joe Biden was not to blame for the current gas crisis, disputing the idea that the administration “clamped down” on domestic energy production.

"It it unfortunate that in a time of war, we spend all the time blaming our own president." pic.twitter.com/iOUocSBX52

As part of her last press conference before leaving her position as White House Press Secretary, Jen Psaki was asked about Hoyer’s comments and if the White House believed the country was “at war” with Russia.

“What I’m betting he was referring to was the war that is happening in Ukraine with Russia, that obviously the US has a stake in,” Psaki said, refusing to clarify specifically.

NOW – Psaki: "The American people also deserve a lot of gratitude for their sacrifices in their support of this war."pic.twitter.com/B2B80RUfEX

Hoyer is not the first Democrat to claim that America is at war with Russia, with Democrat Representative Seth Moulton saying last week that the country was at war “although somewhat through a proxy.”

On Wednesday, Representative Matt Gaetz warned of the “dangerous bipartisan consensus that is walking us into war with Russia”:

“Unity always seems to come before the worst decisions we make. Our drive to unity often over-runs our reason and discernment. The post-9/11 consensus gave us the Iraq War and the PATRIOT Act. The covid lockdowns and mandates came from unity bundled by fear. ‘Defund the Police’ took of because dissent wasn’t allowed. You were shouted down as a racist, just as now questioning our actions in Ukraine makes you a traitor. Do we have amnesia in this House? Is memory loss a consequence of the gerontocracy of Congress? Just a year ago we lost a war against goat-headers with rifles. Now we’re rushing to fight a nation that possesses 6,000 nuclear warheads!”

Gaetz slammed the “insane” nuclear “game of chicken” that was currently taking place. “We are sleep-walking into a war, and the American people are left in the dark,” he concluded.

.@RepMattGaetz's Full Speech Today Warning Of The Dangerous Bi-Partisan Push In Washington For War With Russia

"We are sleepwalking into a war, and the American people are left in the dark." pic.twitter.com/FvK0AdcEqR

Representative Paul Gosar also made strong warning about any potential war, or proxy war, with Russia, saying it would be a “mistake” just like the Iraq War, but one that could also potentially lead to “world-ending” consequences.

“This shouldn’t be controversial, a proxy war with Russia to uphold a corrupt socialist oligarchy is simply not in America’s interest,” he added.