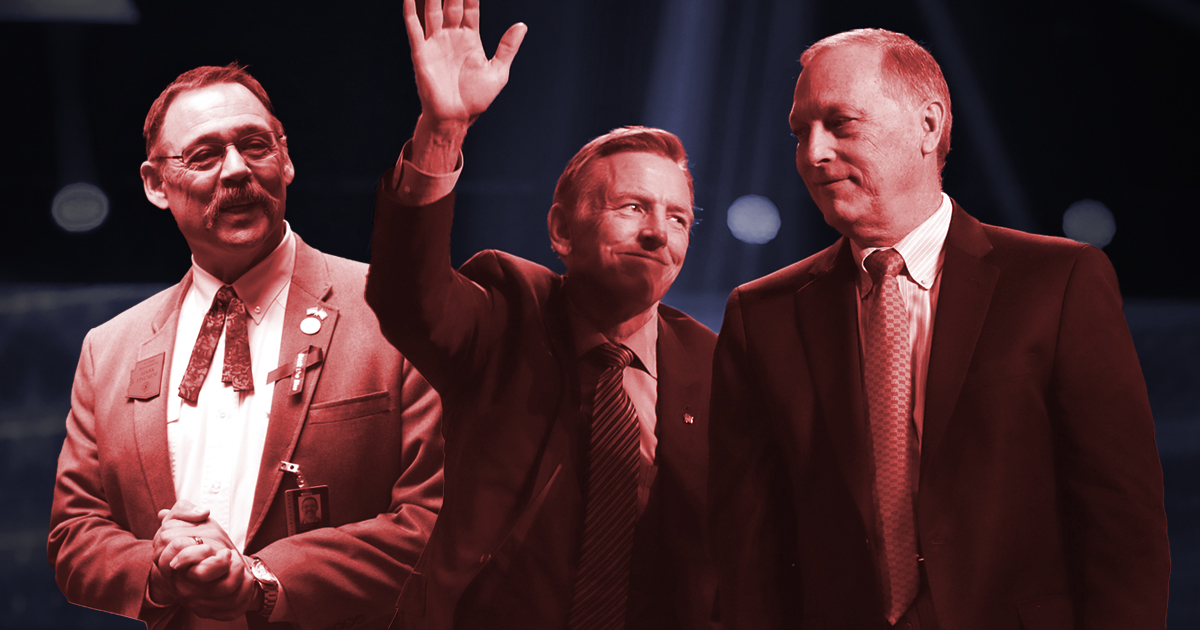 The Arizona Supreme Court has struck down an attempt by leftists to remove Representatives Paul Gosar and Andy Biggs, along with Arizona Secretary of State candidate Mark Finchem, from their primary ballots.

The lawsuit argued that Representatives Gosar and Biggs, who are running for re-election to Congress, and State Representative Finchem, who is running for Arizona’s Secretary of State, should be disqualified from their primary ballots because of the “insurrection” clause in the Fourteenth Amendment.

The Amendment states that anyone who has “engaged in insurrection or rebellion” against the Constitution and previously taken an oath of office cannot serve again.

While the Amendment initially referred to supporters of the Confederacy, the petitioners argued that the January 6 protests amounted to an insurrection, and claimed that Gosar, Biggs, and Finchem, all supported it.

However, the Arizona Supreme Court dismissed the suit, which was launched by far-left group Free Speech for People, on Monday, after lower courts had also all dismissed it.

In a tweet, Gosar said Democrats will now have to beat them “at the ballot box,” not via lawfare. “Free Speech Wins,” he added.

Breaking: The AZ Supreme Court just ruled that me, @RepAndyBiggsAZ and @RealMarkFinchem will remain on the ballot. The Democrats lose again and now have to try to beat us at the ballot box.
✔️Free Speech Wins
✔️No “Insurrection” no Disqualification Clause pic.twitter.com/Ct3RvtekSu

In a statement, the leftist Free Speech for People attacked the decision from the Arizona Supreme Court, claiming that it betrayed the “fundamental purpose” of the Fourteenth Amendment,” and “gives a pass to political violence as a tool for disrupting and overturning free and fair elections.”

There is no evidence that the Capitol protests were an insurrection, or that Representatives Gosar, Biggs, and Finchem supported such an action.

The lawsuit was part of a widespread national attempt to remove staunch supporters of 45th President Donald Trump and his America First agenda from their primary ballots. Representatives Marjorie Taylor Greene and Madison Cawthorn had also been targeted by leftist lawfare, although both have failed.

Representative Greene last week blamed the “Soros-style dark money group” for launching the attack on “free speech, on our elections” and the voters themselves. “Democrats know they can’t beat me at the ballot box, so left-wing Communist activists tried to RIP my name off the ballot,” she added, “and they failed.”