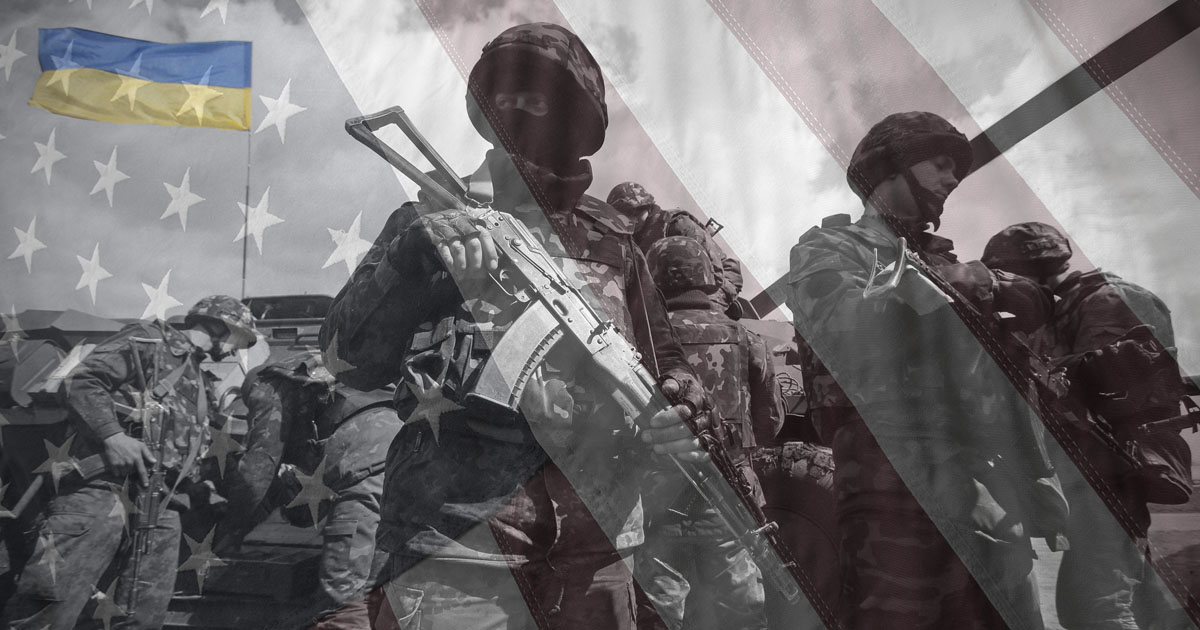 Former President Donald Trump’s “America First” message let him sail into office alongside a Republican majority in both the U.S. House and the Senate in 2016.

In the highly controversial 2020 election, Trump received even more support by securing the most votes received by a sitting President in American history, all despite suspicious late night ballot dumps not forgotten by Republican voters, a global pandemic, and dramatic changes to state election laws that were not only sure to favor his opponent, but may have been unconstitutional.

For the millions of Americans who voted for President Trump in 2016, and the millions more who voted for him again in 2020, the idea of putting America First was – and still is – a simple, practical, and entirely necessary act if the American constitutional republic is to survive.

Their votes reflected the frustrations brought forth by decades of economic malaise, outsourcing, international entanglements, and foreign wars that had little to do with bettering their lives.

America First was popular, and the Republican Party generally assumed the role, adopting Trump’s position for political purposes for the duration of his administration. Even today, over a year after leaving office, Trump is the obvious frontrunner for the 2024 Republican nomination, receiving an overwhelming amount of support from the Republican voter base.

Aspiring Republican politicians and pundits seem to know that the days of McCain, Bush, Romney, Ryan, and Cheney have come to a screeching halt, and are scrambling to gain the approval of Trump and secure his endorsement heading into the 2022 midterm elections. They know they’re powerless without his voters.

Thus far, the elite members of the party and its donors have failed to come to grips with the reality that they are the last remnants of a dead ideology. Whether their anti-Trump, America Last stance is rooted in the far fetched assurances of deeply embedded lobbyists and bad actors working among Washington swamp filth, or simply their own hubris, may never be known.

Across the country, in short order, popular anti-establishment Republicans have openly channeled Trump’s emphasis on American nationalism, which is said to be a popularized form of what Pat Buchanan pioneered when he sought the Republican nomination for President against George H.W. Bush in 1992.

“He would put America’s wealth and power at the service of some vague New World Order,” Buchanan said of H.W. Bush. “We will put America First.”

Unfortunately for Americans, Buchanan’s concerns with Bush’s presidency ended up being well placed.

In the decades to come, spanning the administrations of several globalist Presidents, America’s wealth and power were indeed forced into the service of the shady groups that Buchanan warned about three decades ago.

Multinational companies formerly considered American now have more wealth than many African nations, and seem far more interested in pleasing emerging markets in China than investing in the United States. It’s cheaper to build abroad and virtue signal at home, they have discovered.

This friction in the Republican Party between the America First wing and those who merely mouth the words while swearing their allegiance to the Republican establishment has never been more apparent than now, when both parties and Joe Biden are urging Americans to stop paying attention to the disasters at home, and instead focus on the disasters abroad.

In the face of record gas and fuel prices, record inflation and food prices, record distrust in election integrity, record illegal immigrant border crossings, surges in violent crime, drug overdoses, and a civil divide running so deep that it appears Americans are living in two different universes, the Republican Party that so recently seemed to adopt Trump’s America First message is now laser-focused on an issue that, per the America First credo, does not seem to concern America.

These are the Republicans wearing the flag of a foreign nation on their lapels, beating the drums of war in defense of a country that is not America, and demanding that Americans sacrifice even more blood, sweat, and economic treasure for a regime that exhibits open disdain for their views, culture, faith, and overall existence.

Republicans of the past were notorious for their hawkish support of foreign wars, but President Trump’s election seemed to signal – if only briefly – that the Grand Old Party now recognized the government program of never ending wars that benefit the ruling class is something that drove its voters – and the American people – to the point of electing a bombastic billionaire who might threaten to bomb Moscow if he thought it would keep the peace.

But the behavior of the Republican Party today, just over a year since President Trump left office, seems to prove that the party’s ideological pivot toward an America First agenda was short lived, and so obviously disingenuous.

No longer do Republicans pay any mind to the fact that a majority of their voters do not believe that the current Democrat regime lawfully came into existence. Those voters grow increasingly frustrated when Republicans act like it did, despite what they witnessed from November 2020 through January 2021.

The Republican Party would much rather go back to their old ways, ignore the questions about the 2020 election, ignore the concerns over the tyrannical COVID-19 response, and ignore the issues that seem to become worse and worse as each new day arises.

They would much rather blame Russia for the turmoil unleashed with Joe Biden’s election, even if their voters think that election was phony.

The Republican Party now stands in “solidarity” with their Democrat counterparts when it comes to providing billions in military and financial assistance for NATO and Ukraine.

It may remind Republican voters of the other recent displays of solidarity and bipartisanship, like when both parties “stood together” with a uniform message of approval over the 2020 election results, the mass arrest and indefinite detainment of peaceful January 6 protesters, the effectiveness and safety of the COVID-19 vaccines, the totalitarian COVID-19 lockdowns, mask mandates, massive government spending efforts, and of course, all of the previous foreign wars that should have never been waged.

It should then come as no surprise that the Republican and Democrat parties are hellbent on keeping you glued to the corporate news in anticipation of updates on how the former television actor and current Ukrainian president, Volodymyr Zelenskyy, is mounting a glorious resistance against the evil, unprovoked, bloody invasion of his country at the hands of the oh-so-dreaded Vladimir Putin.

From their perspective, keeping you focused on the fiery destruction happening a thousand miles away is a total victory.

God forbid you take a look outside and see the state your own country is in right now. Heaven help us all if our politicians don’t let us forget the damage they’ve caused since Trump left office.

No, instead both parties expect you to celebrate the type of political bipartisanship that may well lead our nation into a Third World War.

The entire saga proves just how important the Buchanan-Trump America First message is, and how that message, and those who preach it, are being tested on the national stage.

At the very least, let’s hope their voters hold them accountable, just as they did in 2016.